On Saturday, the Boston Bruins dropped their preseason game to the New York Rangers by a 4-3 margin in overtime. The top line dominated, and it showed on the scoreboard as Patrice Bergeron, Brad Marchand, and David Pastrnak all scored goals in the first period.

The Bruins dropped the exhibition game, but there were many positives throughout the night. If Bruce Cassidy can clean up the mistakes, Boston is poised for a big season in 2021.

Bergeron, Marchand, and Pastrnak do not look like they are in preseason shape by any means with two weeks before the home opener. The three were relentless throughout the night, and they were each able to get Boston on the board. Pastrnak started the scoring with a one-timer from the left circle off the assist from Bergeron. The goal came 2:39 into the game on a Bruins’ power play. Bergeron then added a goal to his quick assist on a one-timer from Mike Reilly at 5:04 in the first.

Marchand finished the first-period trifecta with a shorthanded goal with 6:32 remaining in the first period, which gave Boston a 3-1 lead.

The Bruins 3-1 lead was quickly dismantled by the Rangers, who did not dominate the game but took advantage of multiple opportunities. In the 3-on-3 overtime period, the Bruins were bested because of a mistake from Rangers forward Alex Lafreniere, who blocked a pass back up the ice from Linus Ullmark.

Cassidy said, “He just made a mistake. Their player made a good play to not give up on it. If he gets it by that player, obviously, it’s a 3-on-2. I’d have to look at it closer to see where everyone else was, but you expect him to move it past or hold onto it if they’re in a change to make a play to one of our guys coming back. You want to keep puck possession in that situation to not let them change, so maybe Pasta, if he revisits it, would skate it back himself and wait for another outlet and then change.”

Ullmark had 15 saves on 19 shots in his first complete game in the preseason. On Tuesday, he stopped 11 pucks on 13 shots in New York in his Bruins’ debut. 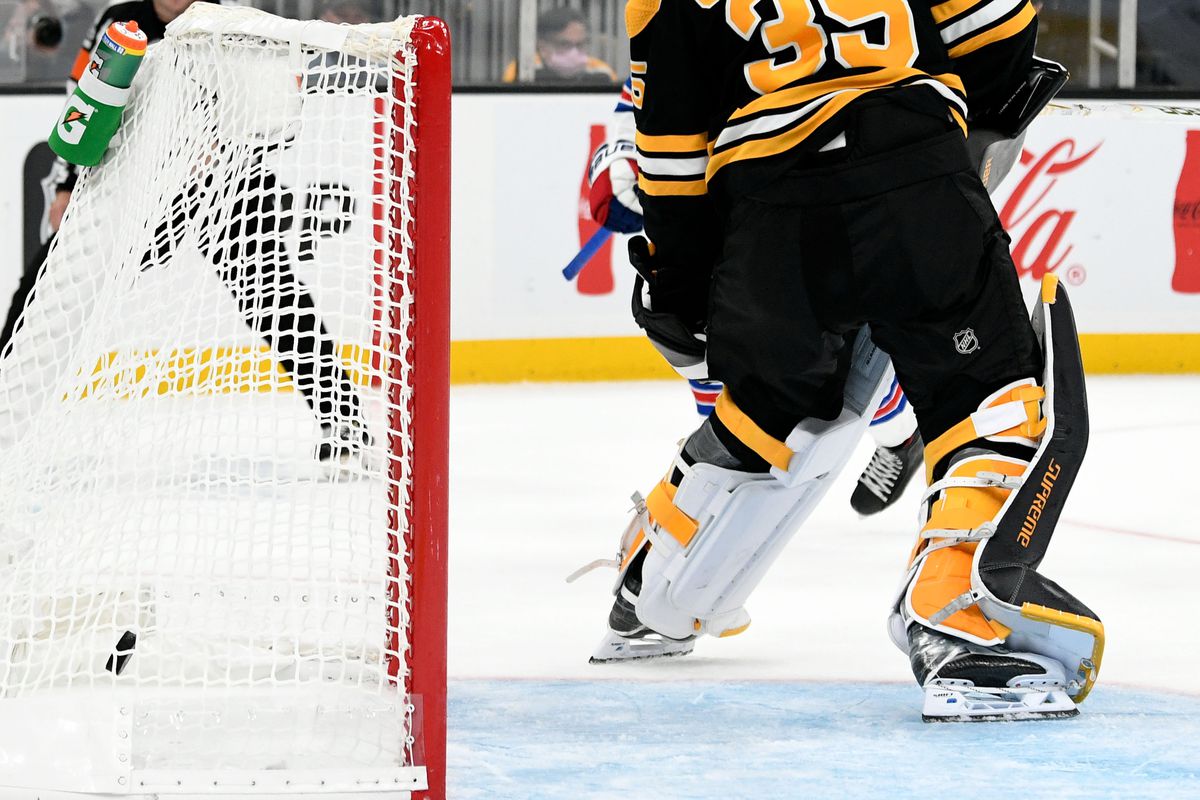 The Bruins will be back in action on Monday in Philadelphia. The traveling roster is primarily young players with a mix of veterans. Cassidy plans to play the stars in the final preseason contest at TD Garden on October 6.

The Bruins open the 2021 campaign on October 16 at home against the Dallas Stars, so the final roster will have ten days to prepare at the conclusion of exhibition games.