The Boston Red Sox are doing something that very few believed was possible. They are winning with nine players on the COVID-19 injured list. There are players taking at-bats in Boston that dedicated Red Sox fans have never heard of, which speaks to the significance of the club’s winning streak.

Boston defeated the Cleveland Indians thanks to an Alex Verdugo walk-off single in the bottom of the ninth inning. This base knock gave the Red Sox their fourth straight victory. For those who did not believe in the team, I advise that you change your mindset.

Strong Pitching for the Red Sox

The Red Sox bullpen has cost the team multiple times in 2021, and the same outcome nearly occurred today. Nevertheless, the pitching staff was solid throughout the afternoon, beginning with Tanner Houck.

Houck is going to be one of the best pitchers in baseball in the near future, and he proved this on Saturday. The 25-year-old went five innings and did not allow a run on three hits with seven strikeouts.

Austin Davis, Hansel Robles, and Phillips Valdez followed for a combined three innings. The trio only allowed one hit and no earned runs before Alec Cora gave Adam Ottavino the ball to finish the job.

Ottavino was shaky, allowing three runs, including a two-run shot off the bat of Franmil Reyes with two outs in the ninth. One bad pitch nearly cost Boston the game, but great teams find ways to win, and the offense capitalized in the bottom half.

The Bottom of the Ninth

The action in the ninth began with Travis Shaw. The Mayor of Ding Dong City did not go yard, but he found a way to land on first base, which was critical. Taylor Motter, who the Red Sox claimed off waivers for the Rockies, pinch ran for Shaw.

In his first game, he scored the game-winner for the Red Sox. The team was able to load the bases thanks to walks to Rafael Devers and J.D. Martinez. This brought Verdugo to the box, and he did not disappoint.

Verdugo went down 0-2, but stayed composed at the plate, working a 1-2 count. On the fourth pitch of the at-bat, he battled off a sinker in the bottom half of the zone. After seeing four pitches, Verdugo did not miss the fifth, driving a cutter to right field to win the game.

It was apparent the ball would be over Daniel Johnson’s head in left field off the bat. As Verdugo rounded first, Motter scored, and the team rushed the field to celebrate their fourth straight win.

The Red Sox have extended their lead to four games for the second Wild Card position. Additionally, they are just a half-game behind the Yankees for the first spot. Earning the top Wild Card position is significant because the leader gets to host the one-game playoff. 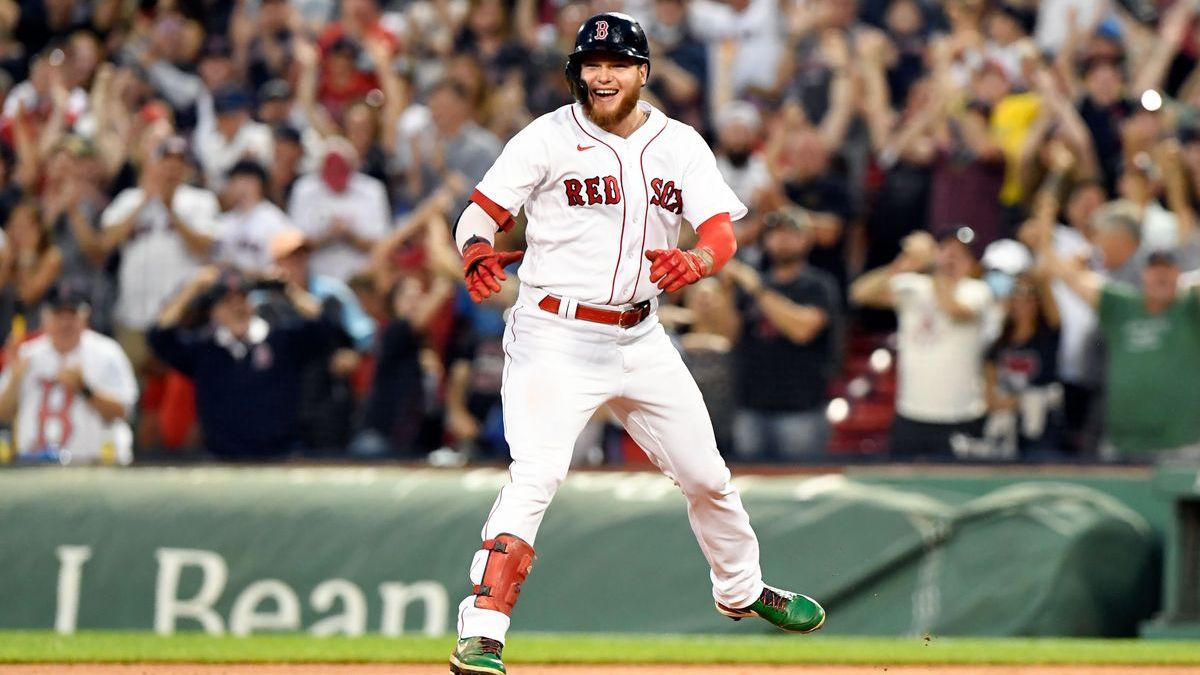 Boston will look for a series sweep over Cleveland on Sunday. Nick Pivetta will pitch for the Red Sox against Zach Plesac of the Indians. The Tampa Bay Rays will then come to Fenway on Monday for the beginning of a three-game series.

Major League Baseball’s worst nightmare is back and here to stay.

Professional athletes are under a microscope on social media more than ever in 2022. It’s impossible to hide anything put on the internet, especially when you continuously boast it to the world. This was the […]