It may feel like baseball will never return, but I assure you that baseball will be back shortly. MLB and the Player’s Association are scheduled to meet early in 2022 to discuss the major economic disputes like service time manipulation.

Once this is solved, the other CBA problems will be simple to fix. The issue with the lockout is that no baseball activities can be conducted. MLB front offices can discuss their plans, but they cannot negotiate or sign players.

The Boston Red Sox were very active following the lockout, signing players like Michael Wacha, James Paxton, and Rich Hill. They also traded Hunter Renfroe to the Brewers and brought back Jackie Bradley Jr. to Beantown.

The signings of Wacha, Hill, and Paxton brought Red Sox fans to the conclusion that Chaim Bloom is content without signing a big-name ace. This is disappointing because the Red Sox were one pitcher away from a lot of wins last season, but the team can win with the current rotation and bullpen.

One more reliever could help the club, but Bloom focused on pitching before the lockout. When the new CBA is crafted, the Red Sox need to look at the lineup.

Nobody expected Kike Hernandez to perform as he did in the postseason, but the utility player carried Boston to the ALCS. The 2020 roster was not built to contend for an ALCS, but Hernandez’s rise to power made the team play better than expected. 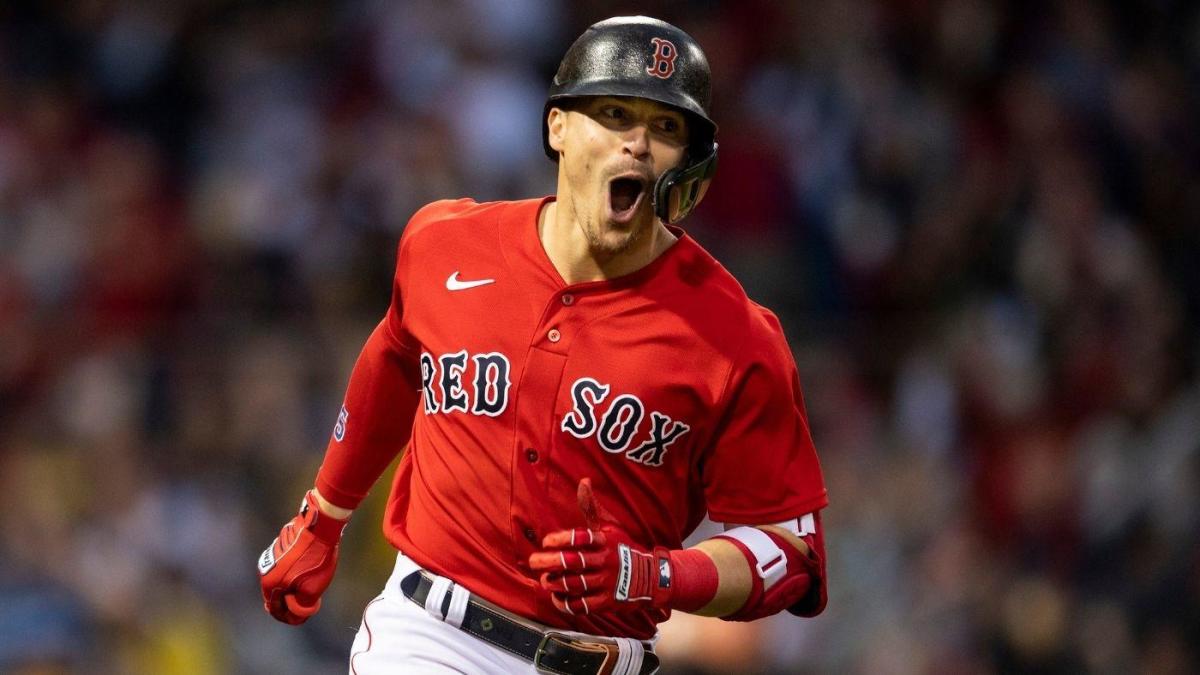 Brining Hernandez to Boston was a move that made the front office look like geniuses. The former Dodger proved he could perform on the biggest stage, and he deserves an extension. This is not a player that Bloom can afford to lose in free agency.

His love for Boston does not seem like it could be higher, so Bloom needs to extend Hernandez before Opening Day for the sake of the future. He will make $8 million in 2022 before hitting free agency.

Determine if Bobby Dalbec is the Answer

Bobby Dalbec is loved by the Fenway Faithful, but it’s unknown if he is the answer at first base. Dalbec was great at times in 2021, but he did not meet expectations as a whole.

He hit .240/.298/.494 in the regular season and went 0-12 in the postseason. These are not numbers that any franchise can afford out of their first baseman. It appears that Dalbec is slated to be the full-time starter at first base or split time with Kyle Schwarber if he is resigned.

My belief is that Boston will not retain Schwarber, giving Dalbec the starting spot. However, if Bloom has any doubt about Dalbec, this is the year to hit the market.

Freddie Freeman, who helped lead the Atlanta Braves to the World Series, is available. He did not resign with the Braves following the season, showing he wants to explore his options after the lockout.

Bloom made most of his decisions immediately after the season, and it will allow the team to focus on a few big signings when baseball returns.

Alex Cora was the MVP of the 2021 Boston Red Sox. He led a team with a fourth-place division projection to the American League Championship Series in an unexpected and unprecedented run. […]