When Rafael Devers calls game, he means it.

The Boston Red Sox are hosting the American League Wild Card on Tuesday night following their 7-5 victory against the Nationals in the season finale. If you did not watch the game, this is the summary that you likely received.

This summary was only possible because of the Rafael Devers narrative.

Rafael Devers is a bad man, and he carried the Red Sox to the Wild Card game with his heroic performance on Sunday. The ALWC runs through Boston, and the stage is set for the New York Yankees to come to town on Tuesday evening.

The Red Sox controlled their own destiny heading into Sunday after two straight victories against the Nationals. If they won, the Wild Card game would run through Boston, and the team was set up well with Chris Sale on the hill.

Sale did not have his best day, and he did not make it three innings. Sale finished the day with 2.1 innings, allowing four hits and two earned runs. His day came after he walked Ryan Zimmerman with the bases loaded on four straight balls. At this point, Cora went to the bullpen and called on Hirokazu Sawamura, who rolled a double play to get out of the jam. Boston’s ability to escape bases-loaded jams throughout the series was critical for them throughout the weekend.

This double play limited the damage early in the game. Washington was able to strike later in the game thanks to an Alex Avila double in his final career game, making it 5-1. However, the Red Sox were able to battle back, and Rafael Devers led the charge.

Rafael Devers called game in the top of the ninth to complete his career day. Devers finished 4 for 5 with four RBI and two homers. 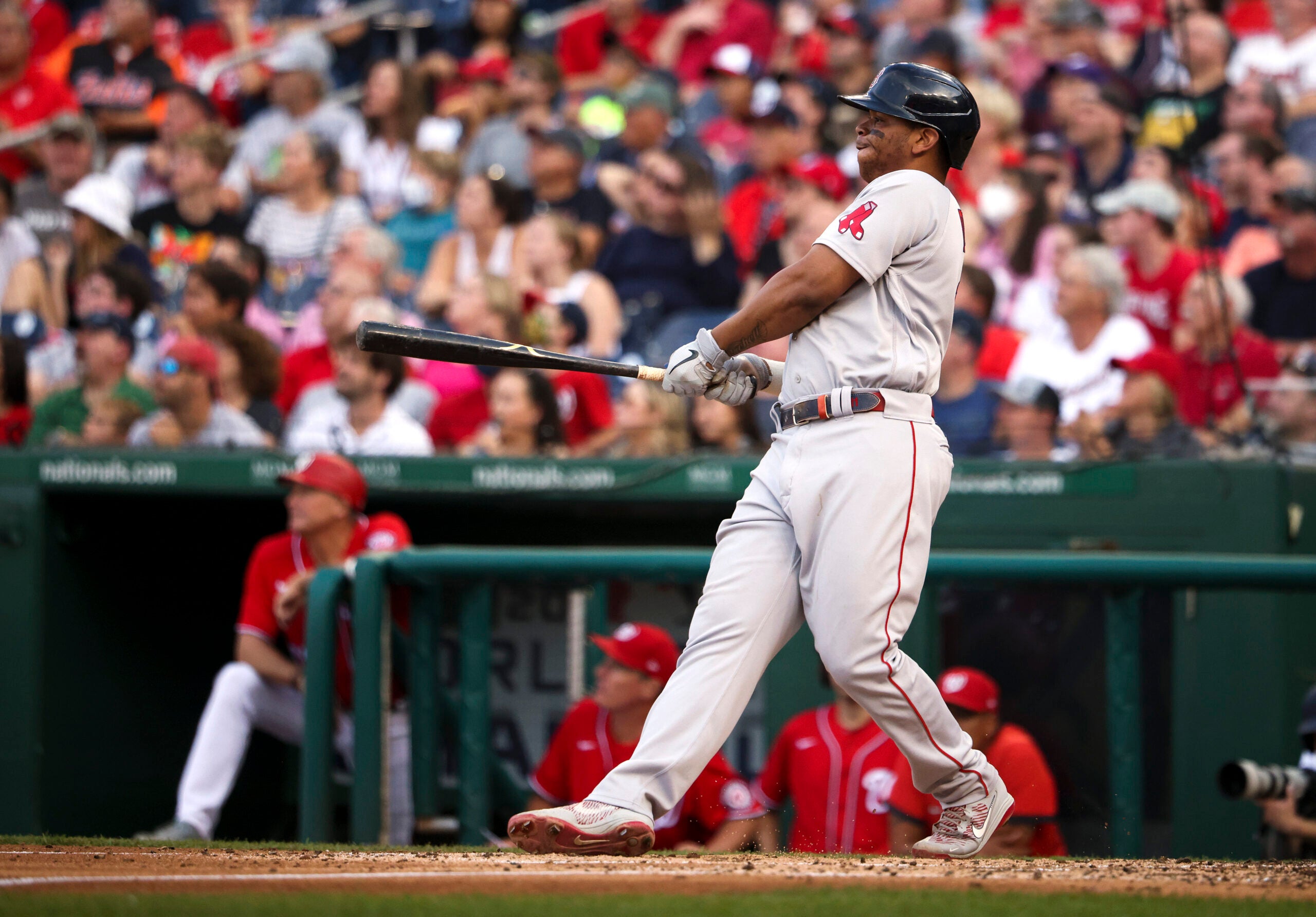 Kyle Schwarber was on base thanks to an error and was able to jog to home following Devers’ line drive shot. The Red Sox fans on hand at Nationals Park proceeded to chant “Yankees Suck” as Devers rounded the bases.

Alex Cora, who will return to the playoffs in his first year back with Boston after his one-year suspension, praised Devers following the game.

“He’s able to slow it down. And he enjoys it, too. He was so relaxed. So calm. He had two good pitches to hit, and he didn’t try to do too much.”

Devers also spoke to the media after popping champagne, and it was apparent that he was not satisfied. This mentality has seemed to carry the Red Sox through multiple difficult moments in 2021.

“I know that nobody believed in us at the beginning of the season. This is just our first celebration.”

The Red Sox will host the New York Yankees in the American League Wild Card on Tuesday night. The first pitch is scheduled for 8:08 PM ET, and it will feature a Gerrit Cole vs. Nathan Eovaldi pitching matchup.

New York is slightly favored in the game, but the teams ended the season with the same 92-70 record. The Red Sox won the season series 10-9, so they earned the right to host the Wild Card game.