There is nothing in professional sports like playoff baseball. The MLB postseason occurs in October every year, and these atmospheres are nearly impossible to simulate in the regular season. However, this will not be the case on Sunday night at Fenway Park when the Boston Red Sox host the New York Yankees in game 19.

Boston has won the season series, but nothing leading up to Sunday matters anymore. The Red Sox and Yankees are tied for the first Wild Card position in the American League, meaning nobody controls the home field. This will not be the case after the final pitch of Sunday’s primetime matchup.

The winner of Sunday’s contest will likely host the Wild Card game, making the stakes of game 19 massive. We have playoff baseball in September, and it does not get any better than that in the regular season.

A Series of Playoff Baseball

The two gameday atmospheres at Fenway Park in this series have been outstanding. The Fenway faithful were quickly silenced on Friday night when New York jumped out an early 7-0 lead. 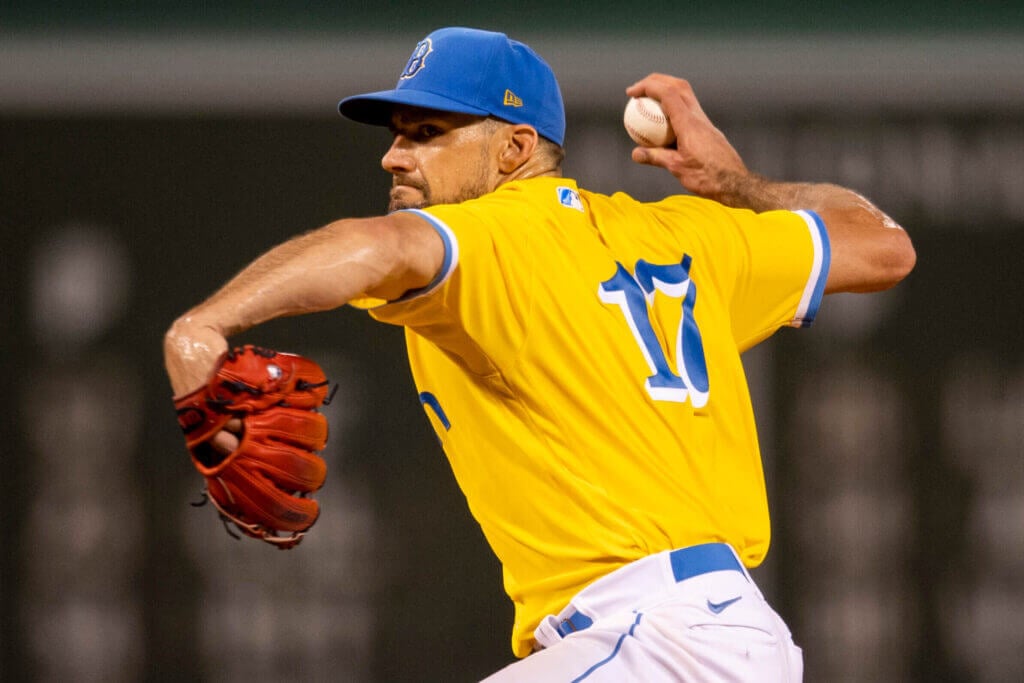 Rafael Devers homered for Boston to bring the game within four runs, but a seventh inning insurance run ended the Red Sox’s hopes of completing the comeback. This cut Boston’s lead to one in the American League Wild Card race.

The Red Sox showed up to play baseball on Saturday, but Giancarlo Stanton and the self-proclaimed savages took the air out of Fenway Park. Boston carried a 2-1 lead into the eighth inning, but Tanner Houck and Darwinzon Hernandez contributed to a Stanton grand slam to give New York the lead.

Bobby Dalbec hit a solo shot in the ninth, but the Yankees still prevailed by a 5-3 margin. This evened the standings in the American League Wild Card.

Biggest Game of the Year

The Wild Card game is a one-contest playoff, which makes home-field advantage critical. The Red Sox have played better at home than on the road in 2021. Additionally, their starting pitching has been superior at Fenway compared to other mounds around Major League Baseball.

The Blue Jays are two games back in the American League Wild Card. They will have their chance to play the Yankees next week, which should determine one of the Wild Card positions.

If Boston wins on Sunday, they will be in the driver’s seat to host the Wild Card game. The club finishes with Baltimore and Washington, both of which have records well below .500. If New York completes the sweep, they will still have to win most of their games against the Blue Jays and Rays.

There are no guarantees, but Sunday’s victor is in the driver’s seat because they will enter the final stretch with a lead in the standings. In game three, Jordan Montgomery will pitch for New York against Eduardo Rodriguez for Boston.

Rodriguez is one of the pitchers who has been better on the road than at home. However, Montgomery has not been great on the road in 2021, so it should be a competitive matchup.

The offense that hits the ball in critical moments is going to win the game. It’s a simple fact, and it has been the case in the previous 18 matchups between the two clubs. Both teams are hunting for the same prize, so expect the stars to shine on Sunday night.