A new era of Patriots football began in 2020 when Cam Newton replaced Tom Brady under center for the franchise. However, Newton did not last long in New England, making Bill Belichick elect to start the Mac Jones era.

The Alabama rookie will lead the team onto the field this Sunday against the Miami Dolphins at Gillette Stadium. The kickoff is scheduled for 4:25 PM ET, and the game can be seen on CBS.

This will be the 10th time the Patriots and Dolphins have competed to open the season in their history. The last opener was in 2020 in front of no fans at Gillette when the Patriots took the matchup by a 21-11 margin.

This will be the first of two contests in 2021, with the second game occurring on January 9, 2022. The two teams have split their two matchups in each of the four past seasons, but the Patriots have a massive advantage at home.

The team has a 16-3 record at Gillette Stadium against the Dolphins, but Miami has been respectively dominant with games in Florida. The two teams met for the first time in 1966 and have been playing twice per year since 1967.

Patriots Must Run the Ball

For New England to win this game, they must run the ball effectively. If this does not occur, the Dolphins will likely earn the victory in the opener. The Patriots have the backfield and the offensive line to dominate in the trenches on Sunday.

James White, Damien Harris, and Rhamondre Stevenson will likely all receive reps, with Harris taking most of the workload. Trent Brown‘s return at right tackle should give Josh McDaniels the confidence to pound the football. 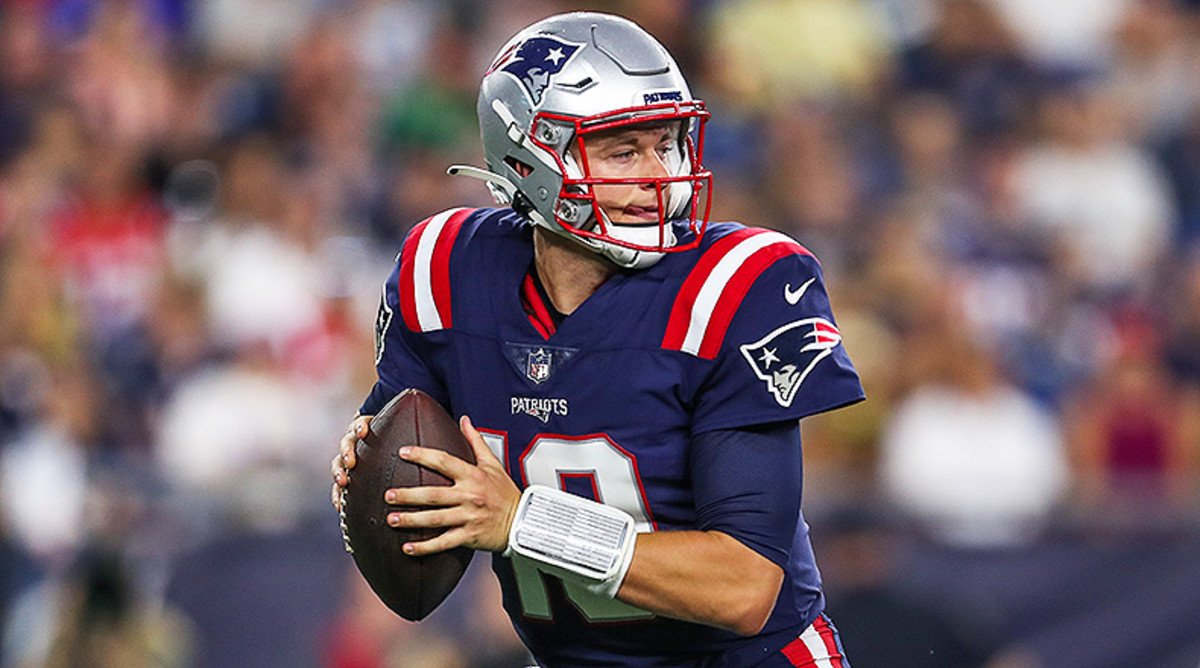 The run game is critical for the offense because it will open the door for play-action passes and shots down the field. Jones is expected to play well, but he will not win this game for the Patriots without a superior ground game.

He will have to combat a talented Miami secondary in Xavien Howard, Byron Jones, Noah Igbinoghene, Eric Rowe, and Jason McCourty. If New England stays ahead of the sticks, it will give McDaniels the ability to stay balanced, keeping Miami off balance.

The Patriots must stay out of passing situations, and they will be in good shape on Sunday.

The Patriots’ front seven will be a factor in the team’s success in the run and pass game. When Miami runs, New England has an advantage in the trenches. However, the Patriots will be without Stephon Gilmore, which will give Tua Tagovailoa opportunities to throw downfield.

DeVante Parker and Jaylen Waddle will be solid options for Tagovailoa, but New England can limit the damage with an efficient pass rush.

In their final preseason game against the Giants, the team ruthlessly attacked New York’s quarterbacks. If the line and linebackers have this success, New England should limit Miami’s scoring on Sunday.

Football is back in New England, and every game is a must-win opportunity for the young Patriots. If the Patriots run the ball and win the line of scrimmage, they will be victorious in week one.

28 Innings of Playoff Baseball in Chicago

The Red Sox traveled to Chicago for a three-game series over the weekend which consisted of 28 innings of playoff baseball. […]