The Patriots capped off an undefeated preseason with a 22-20 victory over the Giants at MetLife Stadium. New England performed well, but rookie quarterback Mac Jones continued to steal the show under center.

Jones had a touchdown pass and orchestrated three scoring drives to keep New York winless in the preseason. Final cuts will now be finalized in New England as the team looks ahead to the season opener at home against Miami.

Throughout the offseason, Bill Belichick reiterated that Cam Newton is his quarterback, and nothing would change this fact. However, Jones stole the show and undoubtedly won MVP of the preseason. 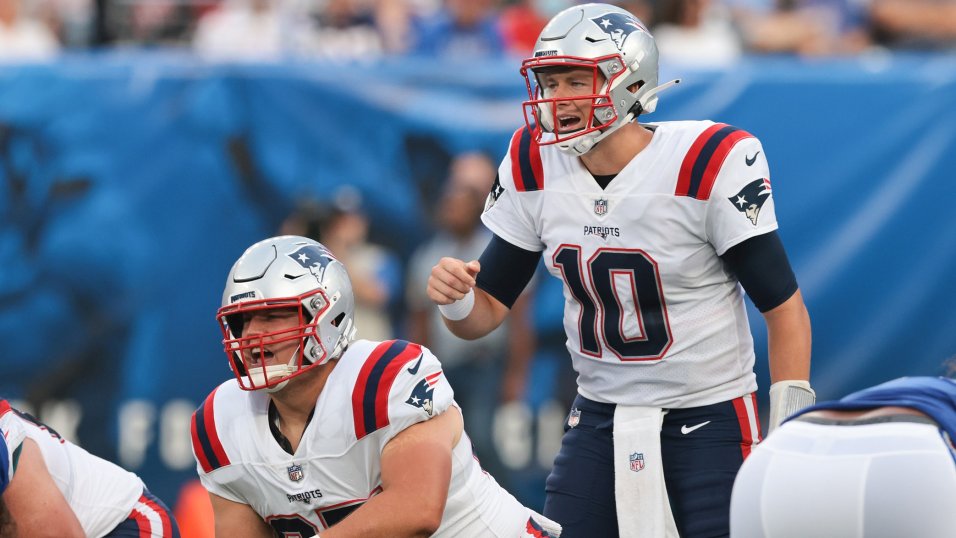 Jones was the center of criticism heading into the NFL Draft for his athletic ability and arm strength. Yet, the quarterback proved that he could lead the team to victory in the preseason, and he will only improve as the season develops.

After the game, Jones said he would be ready to take on any role necessary to help the team win.

“I’ve gotten a lot of opportunities to play, and I can improve on everything I want to improve on. There’s a lot of work to do, but I think I’ve made progress.”

This type of statement must make Belichick smile in his office, but he did not give any indication who would be the guy for New England. When asked about the quarterback battle, he responded elegantly…

“We still have a lot of decisions to make.”

Additionally, he did not seem to care about the undefeated preseason.

“It’s important to win in the regular season.”

This quote exemplifies a never-satisfied mentality, and it’s the reason why Belichick has been so successful as a head coach.

Even though the quarterback narrative has dominated the preseason, the team held off the Giants last night in an impressive fashion. New York nearly tied the game in the final seconds on a 43-yard touchdown pass from Mike Glennon to Damion Willis with eight seconds remaining.

Glennon’s two-point attempt was intended for Damion Willis, but the pass fell incomplete. Newton started the game and did not play long, as we have seen throughout the preseason. He was 2 of 5 for ten yards and led a drive resulting in a Nick Folk field goal. Jones took the majority of the snaps, and it showed in the box score. The rookie was 10 of 14 for 156 yards with one touchdown. Fellow first-year Patriot Rhamondre Stevenson also had a strong night adding a touchdown on five carries for 23 yards. The running back also had two catches for 17 yards.

The Giants did not put their best team on the field, nor did New England, but this win is still positive for the Patriots heading into the opener. The Patriots defeated the Dolphins in the 2020 season opener, but the season was not up to New England’s standards.

The early lines have the Patriots as three-point favorites in week one. The over/under is currently set at 45 points.

Patriots Playoff Hopes – Can They Make It?

The Patriots are fighting for a playoff spot in the AFC. Tommy Burch breaks down their chances and analyzes what they need to get to the Wild Card. […]