The New England Patriots will visit the New York Giants for the final game of the preseason. Kickoff is scheduled for Sunday at 6:00 PM ET from MetLife Stadium.

The Patriots will enter the contest with a 2-0 record compared to the Giants, who have not won a game. Preseason games are necessary for development, but coaches want to see their players perform and win.

New England and New York have finished the preseason every year since 2005, and they always seem to manufacture competitive matchups. The Patriots will enter as three-point favorites, and the over/under has been set at 35.5 points.

The Patriots and Giants had two joint practices before Sunday’s matchup. The first day was dominated by Mac Jones and the New England offense. The rookie quarterback was 33 of 39 throughout Tuesday’s scrimmages with New York.

This made Patriots Nation believe Jones could handle the starting job when the team opens against the Miami Dolphins in week one. Nevertheless, Jones was brought back to reality on Wednesday when the Giants secondary ate him apart.

Jones still took the majority of the first-team reps, but he threw multiple interceptions and had a decline in his accuracy. The signal-caller looked like a rookie, but he is starting to gain respect throughout the locker room.

On Wednesday, when a fight broke out between the Giants DL and Patriots OL units, the groups were sent for a lap around the practice facility. Without hesitation, Jones joined his protectors and was praised by Julian Edelman for supporting the big boys.

There has been one storyline being discussed in New England since the Patriots drafted Jones in the first round of the NFL Draft: Who will be the starting quarterback?

Bill Belichick reiterated that Cam Newton would be the guy in the preseason and during the early weeks of training camp. Although, this discussion has been overshadowed by Jones exceeding expectations in New England. Newton probably gives the Patriots the best chance to win week one, despite missing five days with the team for breaking COVID-19 protocol. However, there is no denying that the future belongs to the rookie, and he will take over at some point in 2021.

The reps between the two quarterbacks on Sunday will tell Pats Nation a lot about who is the frontrunner for the job.

The Patriots faced a crippled Eagles team last week, but they left no doubt following their 35-0 victory. Both quarterbacks shined throughout the night, but the storyline was the defense. 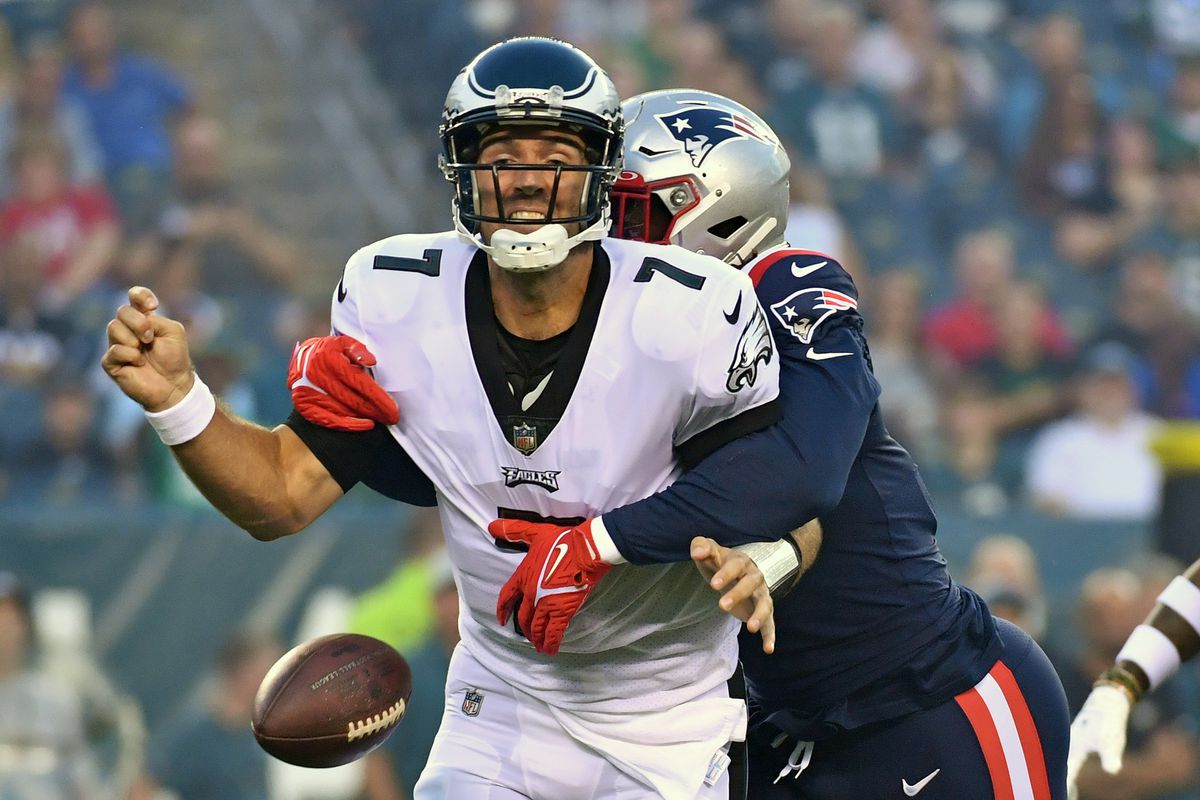 New England’s defense looks revitalized, with Kyle Van Noy and Dont’a Hightower patrolling the middle of the front seven. This will help Chase Winovich become a situational linebacker, which should help his production.

The group helped the Eagles to 163 yards of total offense. Philadelphia threw for 81 yards and rushed for 82. The Patriots also forced three turnovers and were 8 of 10 getting off the field on third down.

Even though the Eagles were battered, it was still an impressive performance. It showed the players understand their responsibilities, so look for more growth on Sunday night.

It may feel like baseball will never return, but I assure you that baseball will be back shortly. MLB and the Player’s Association are scheduled to meet early in 2022 to discuss the major economic disputes like service time manipulation. […]