There is a reason Patrice Bergeron has captained the Bruins for years. The 18 year NHL veteran is built different, and this was apparent on the ice at TD Garden on Thursday night against the Detroit Red Wings.

Bergeron found the back of the net four times in a career night for the veteran. However, the captain’s success did not start after the opening puck drop. It began in the morning at the team’s pregame skate at Warrior Ice Arena.

Optional is Mandatory for Patrice Bergeron

The Bruins had practiced three times in four days after a break in their early-season schedule. Head coach Bruce Cassidy felt his team was prepared to face the Red Wings on Thursday, so he declared the pregame skate optional.

Many of the veterans on the team utilized the optional practice to sleep in and recover before their 7:00 game against Detroit. If anyone on the 2021 roster did not need the pregame skate, it’s Patrice Bergeron.

The Perfection Line member has played in Boston since the 2003-04 season, but he still felt the need to attend the optional pregame skate on Thursday. His dedication to the team and city paid off with one of the best games of his career as a 36-year-old.

Bergeron tied the franchise record with four goals on the night, three of which came on power play opportunities. His performance lifted the team to a 5-1 win in the original six matchup.

Brad Marchand commended Bergeron for his work ethic and performance following the win.

“He’s worked on it a ton. He worked tremendously hard, as he does at everything, and he worked himself into the best bumper player in the league. The amount of goals he’s scored every year from finding that hole… it’s impressive.”

Thursday marked the seventh hat trick for the center and the second four-goal game of his career. His first four-score performance came on January 6, 2018, against Carolina. 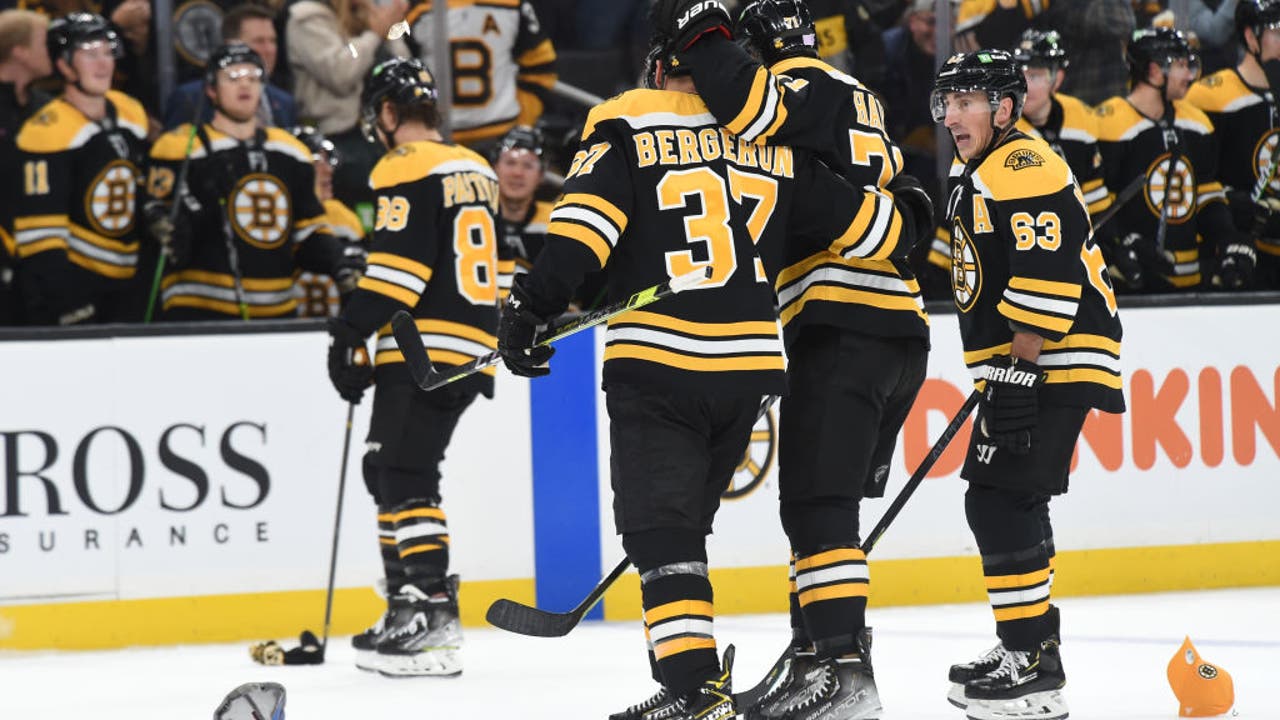 Bergeron is the fifth player in B’s history to record a hat trick at 36 or older. He joined Johnny Bucyk (six), Jean Ratelle, Dit Clapper, and Dave Andreychuk and also became the 12th older in NHL history to score four goals in one night. What makes the night more special is that Bergeron entered the contest without a goal in 2021.

Cassidy commented on the breakout night, and it was apparent the coach knew it was only a matter of time before Bergeron shined.

“He is too good of a player to keep him down for long, and that whole line, to be honest with you. I think Bergy has had some looks that haven’t gone in – not as many as we’d all like…sometimes you get one, and it snowballs a little when it hasn’t gone well. You knew that sooner or later than would happen.”

If Bergy can continue finding the back of the net, Boston is poised for a successful season. The Bruins will resume play on Saturday at TD Garden against the Toronto Maple Leafs at 7:00 PM.

On Saturday, the Boston Bruins dropped their preseason game to the New York Rangers by a 4-3 margin in overtime. […]

Chris Sale is the Right Decision in ALCS Game 1

The ALCS is scheduled to begin on Friday evening in Houston, and Chris Sale will start the Boston Red Sox. […]

Alex Cora is a Sensational Manager

Alex Cora deserves a lot of credit. He has led the Red Sox to a three-game winnings streak, and Boston has been battling more than their opponents on the field. […]