The Yankees blew out the Red Sox on Friday night, but does it really matter?

Before my grandfather passed, he would always say, “Don’t look back. You’ll get it between the peepers.” This is a perfect expression to start this blog because it applies to the Boston Red Sox.

The Yankees bested the Red Sox on Friday night, and the city of New York thinks they earned the Wild Card after nine innings of dominant baseball. After one poor loss, people outside of Titletown have already written off the Red Sox.

“The Yankees have too strong of a team.”

“If they play to their potential, they will win the pennant.”

“The Red Sox are not good enough to win in October.”

Over the past 24 hours, I have heard these phrases from multiple media outlets. The baseball world does not believe in Boston, but that’s okay because this has been the case throughout 2021.

In Boston (where the opinions matter), nobody cares about what the critics are saying. The Red Sox lost one game on Friday night after ripping off eight straight wins.

No, the City Connect jerseys did not lose their luck. No, the Red Sox did not forget how to hit. They played one bad game. Nobody cares what happened on Friday night because Saturday marks a clean slate.

To Yankees Universe: You needed to win on Friday night.

The worst part about New York fans is they brag from the bottom of the division. The Yankees claim to define winning in MLB, but they love talking shit from the middle of the pack. 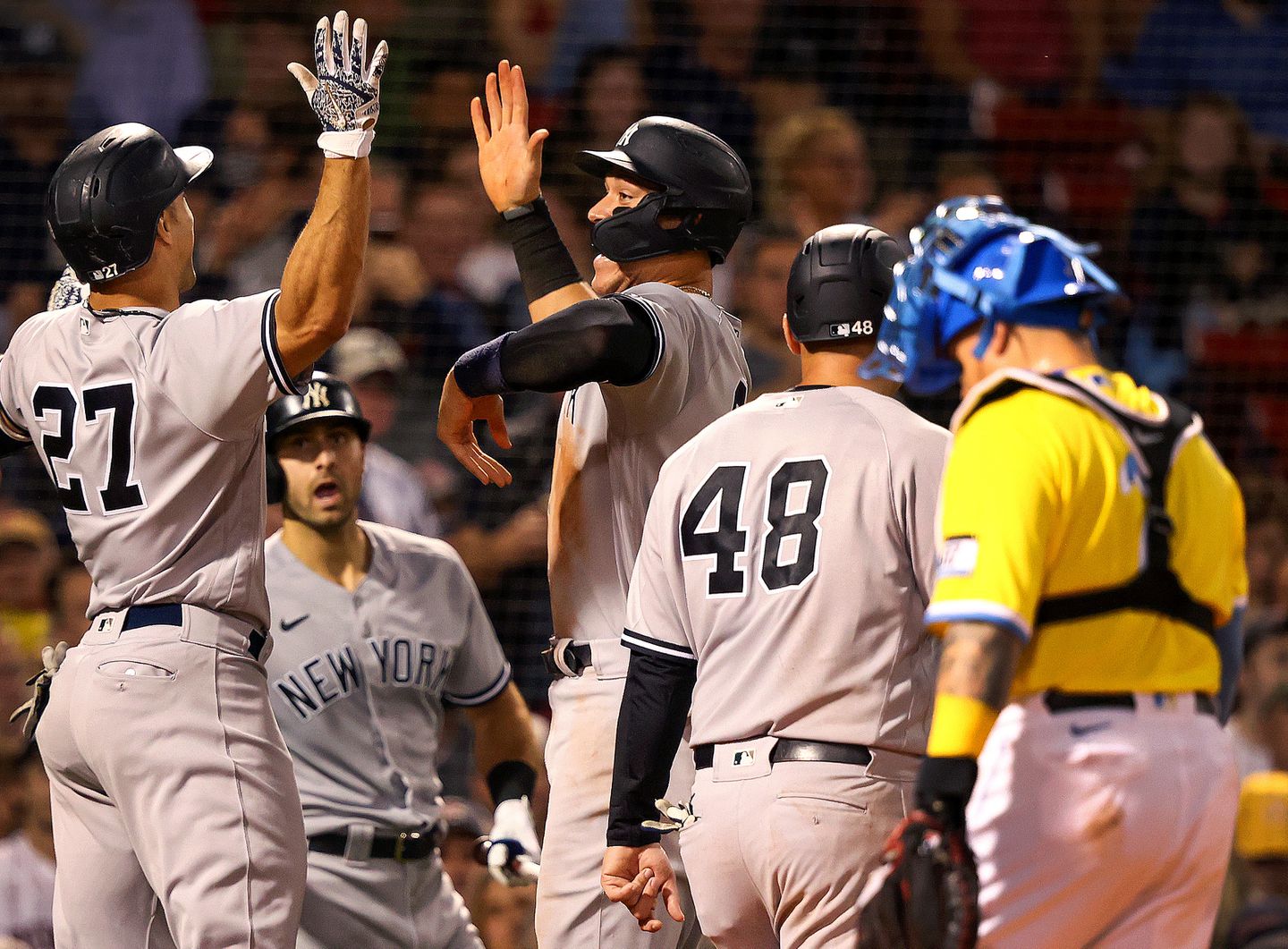 Heading into Friday night’s game, New York was down two games to Boston in the division. If the Red Sox had won in game one, they would have extended their lead to three games.

The pressure was on the Yankees more than the Red Sox in game one. If Boston wins on Saturday, they bump their lead to two games once again.

Oh, I almost forgot to say…

The Red Sox end their season with the Orioles and Nationals, compared to the Yankees, who face the Blue Jays and Rays. The pressure is on New York more than Boston down the stretch.

If the Red Sox win one game against the Yankees, they will head into their remaining cupcake schedule with the Wild Card running through Boston. If the Yankees were not streaky, maybe I would be scared, but this is not the case.

The Red Sox can afford to give the Yankees the Friday night win. This game is done, and the Wild Card still is scheduled for Titletown on October 5.

I can guarantee Alex Cora’s club is not reminiscing on what could have been Friday night. They are onto Saturday against the New York Yankees with a one game lead in the American League Wild Card.

The Patriots will open their 2021 season against the Dolphins at Gillette Stadium. […]