The Boston Red Sox have momentum on their side, and momentum is a dangerous thing in sports. The Mayor of Ding Dong City, Travis Shaw, sent Boston to the promised land in the 11th inning of Monday’s contest.

Is it a big deal to take two of three games from the Texas Rangers?

No, they are 43-81, but this was a critical series for the Red Sox because momentum is on their side. Momentum breeds confidence, and confidence wins games.

The Red Sox played average baseball for nine innings of action. There is not much that needs to be said until the ninth inning. When Matt Barnes toed the rubber in the ninth to close out the game, it looked like Boston would win 3-1.

However, Barnes being the good teammate he is, decided to throw the game and allow the offense to win in extras. The closer loaded the bases before Andy Ibanez drove the ball to right-center, scoring two and tying the game. 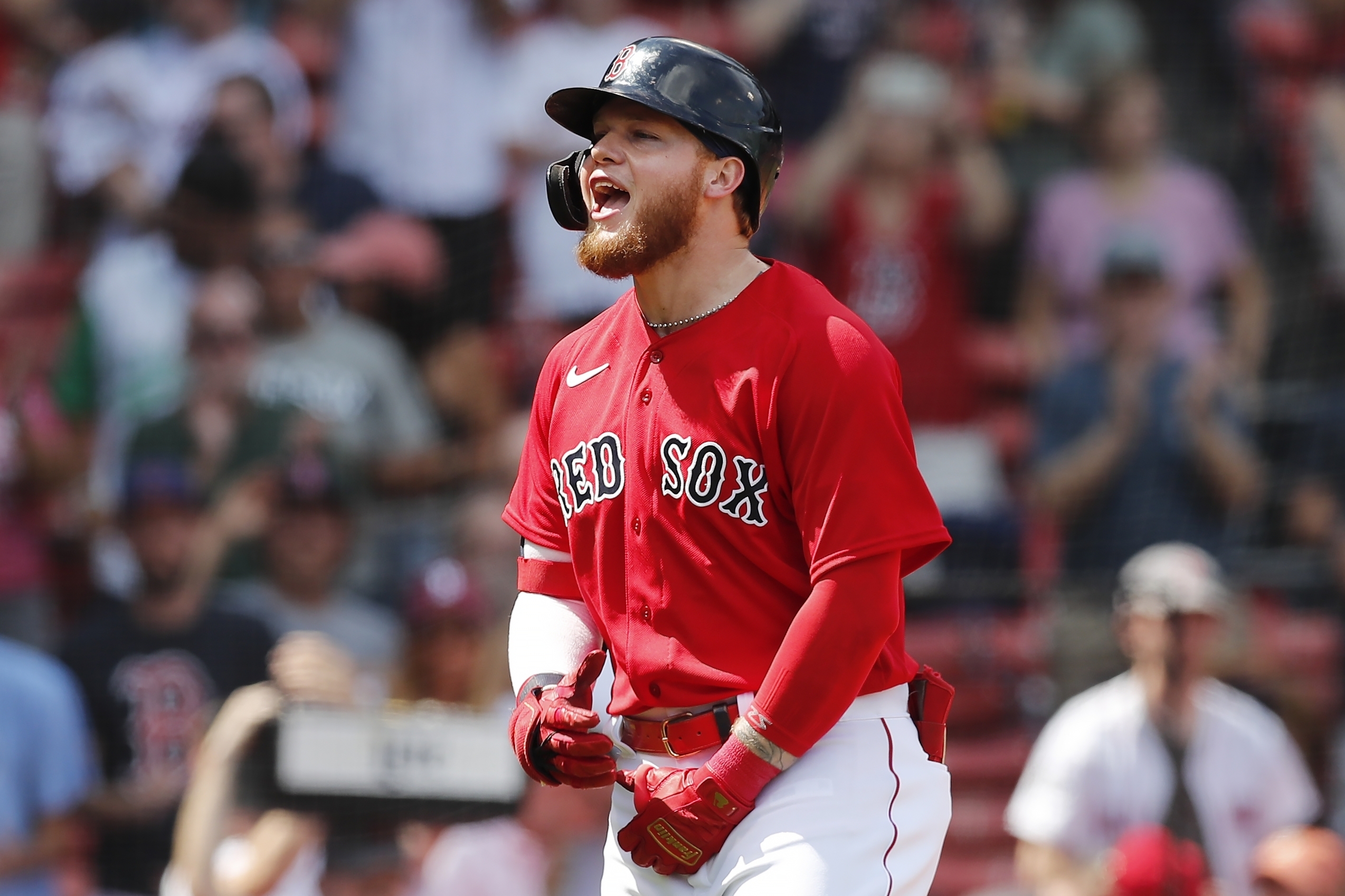 Cora immediately went to the bullpen and called on Garrett Whitlock to shut the door in the ninth. Whitlock struck out the next two batters to give the team a chance to win in the ninth. However, it took Boston two innings to earn the 8-4 victory.

Rafael Devers had an RBI double with two outs that tied the game at 4 in the 10th inning. In the 11th, the Mayor of Ding Dong City, Travis Shaw, had a walk-off grand slam off of Dennis Santana.

Santana found himself with the bases loaded and Shaw at the plate. Shaw, who was thought of as sloppy seconds from the Milwaukee Brewers, delivered in the biggest way possible on Monday inside Fenway Park. 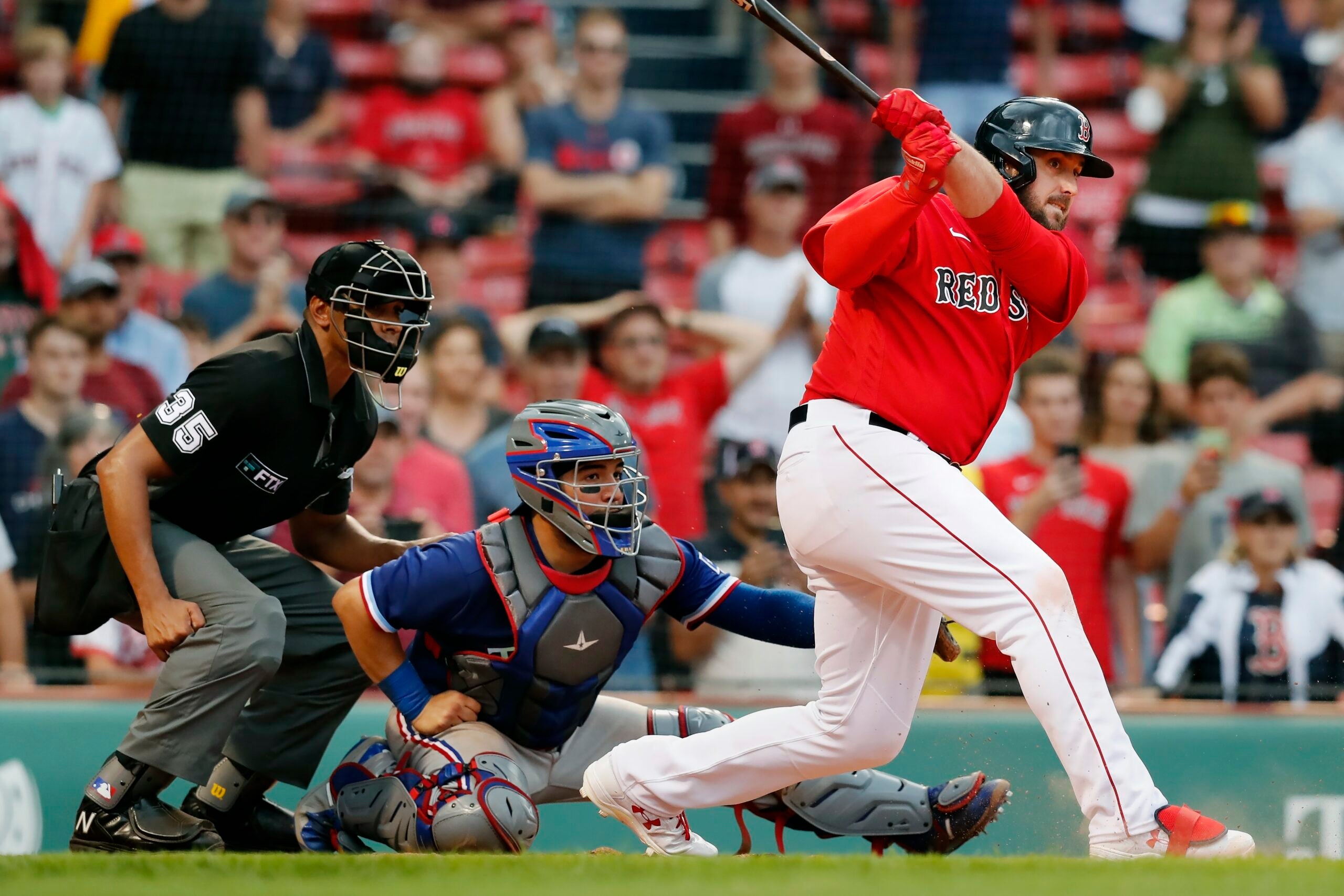 After the game, Shaw was ecstatic. It was his first hit since returning to the Red Sox after collecting the mayor nickname in 2016 with the club.

“It’s pretty cool. As the years have gone, you think there’s a lot of things that have happened in my career, and you think about moments and things that surprise you, and something like that happens.”

Watch Out for the Momentum Minnesota

Minnesota, a playoff team from 2020, has been waiting in Boston to face the Red Sox since Sunday night. The team’s game was rained out in New York on Sunday, so they arrived early. However, the Rangers were forced to stay an extra day because of the hurricane, so they have been waiting to come to the yard.

Minnesota should be concerned. They have no chance of becoming a playoff team, but Minnesota has the red-hot Boston Red Sox coming for them on Tuesday evening. 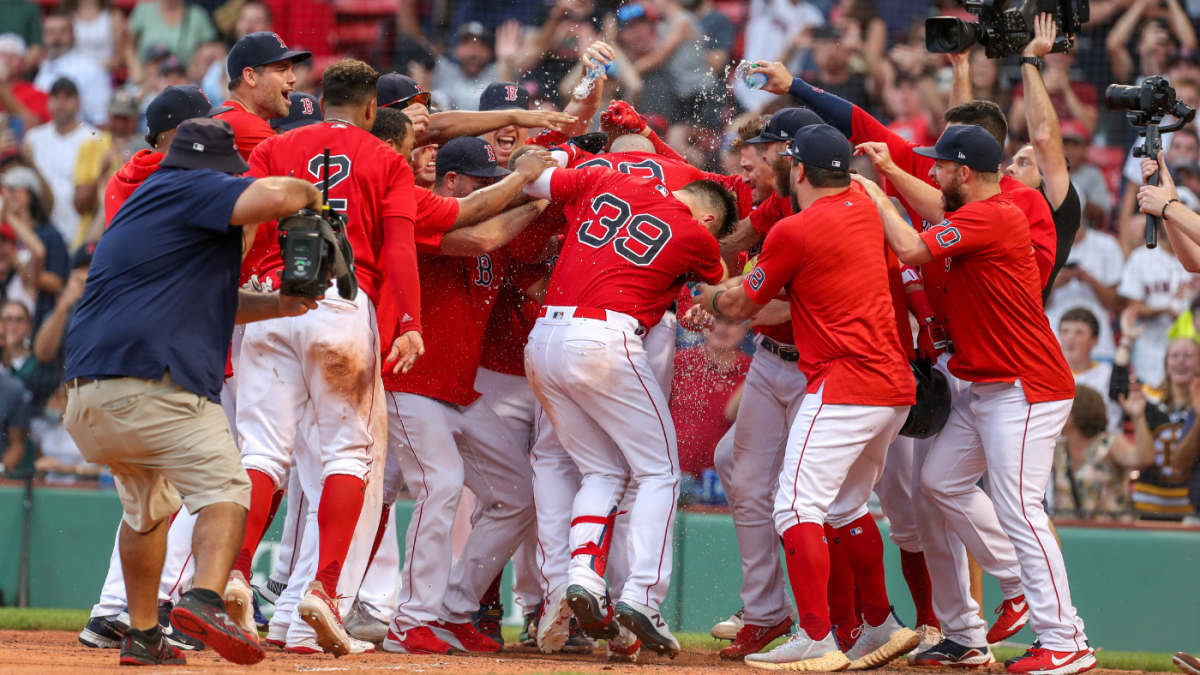 For Boston, beating the Rangers by a 3-1 margin meant nothing. It would not have given the team any momentum because, quite frankly, Texas is horrendous at baseball. There is definitely a team in Williamsport that could dominate Chris Woodward‘s club.

The Red Sox winning in extra innings with their backs were against the wall will generate momentum. Momentum breeds confidence, and confidence wins games.

Jeremy Swayman allowed more than three goals for the first time in his career, which was the story of the night for Boston. […]

The stage is set for epic theatre on Tuesday evening when the New York Yankees travel to Fenway Park to battle the Boston Red Sox in the American League Wild Card. […]

Just a Reminder that the Red Sox are Still Here

None of these things should make a Red Sox fan smile, but I have some good news. The team is still here, and they are not going anywhere. […]