The Boston Bruins took the ice in New Jersey needing a win. The season is still young, but there have been causes for concern in Boston. The team’s play in the defensive zone has been inconsistent throughout the year, and this was evident on Thursday when they gave up five goals against the Oilers.

On Saturday, the team traveled to New Jersey to face the Devils and shined in a 5-2 win. Brad Marchand, Patrice Bergeron, and Charlie McAvoy all delivered, leading the B’s to their seventh victory of the year.

Bruins Down Devils in New Jersey

Marchand found the back of the net twice for Boston in the victory on Saturday at the Prudential Center. Bergeron added a goal and an assist, and McAvoy led the team in passing with three assists of his own. 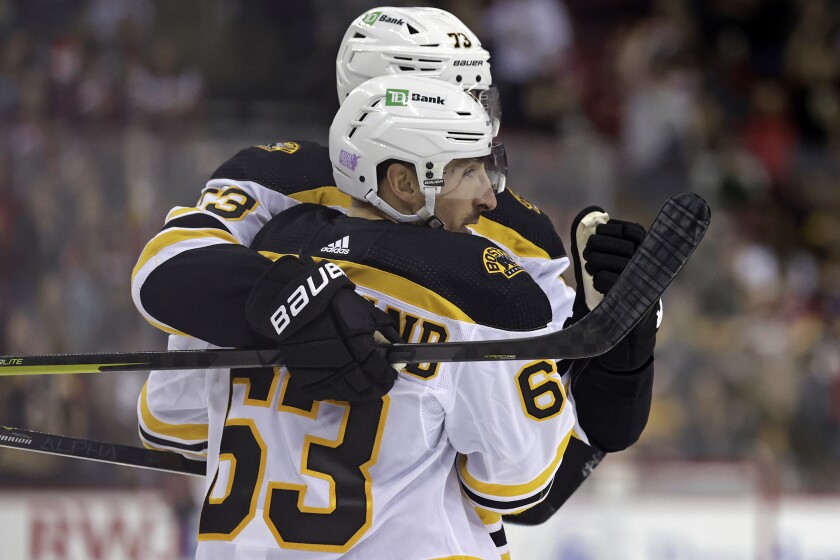 Boston’s Perfection Line of Marchand, Bergeron, and David Pastrnak combined for three goals on the afternoon. This line has kept the team afloat throughout the first 12 games, and when the bench figures out how to compete, the Bruins are poised for success.

After the game, Marchand praised his fellow Perfection Line members.

“We push each other, constantly. Even tonight, we had a pretty good game, but there’s still times where we were getting on each other for needing to be better in situations. Obviously, we have a lot of fun out there, and our chemistry has come a long way where we can just kind of read off each other but we’re not light on each other either. I love that we want to hold each other to a high accountability, and every night we expect to be good.”

The Devils tried to answer throughout the game, but Jeremy Swayman delivered in the crease. Swayman made 27 saves for the B’s and constantly shut down multiple scoring opportunities.

Dawson Mercer and Jesper Bratt scored for the Devils, but it was not enough for the team to continue their three-game winning streak. 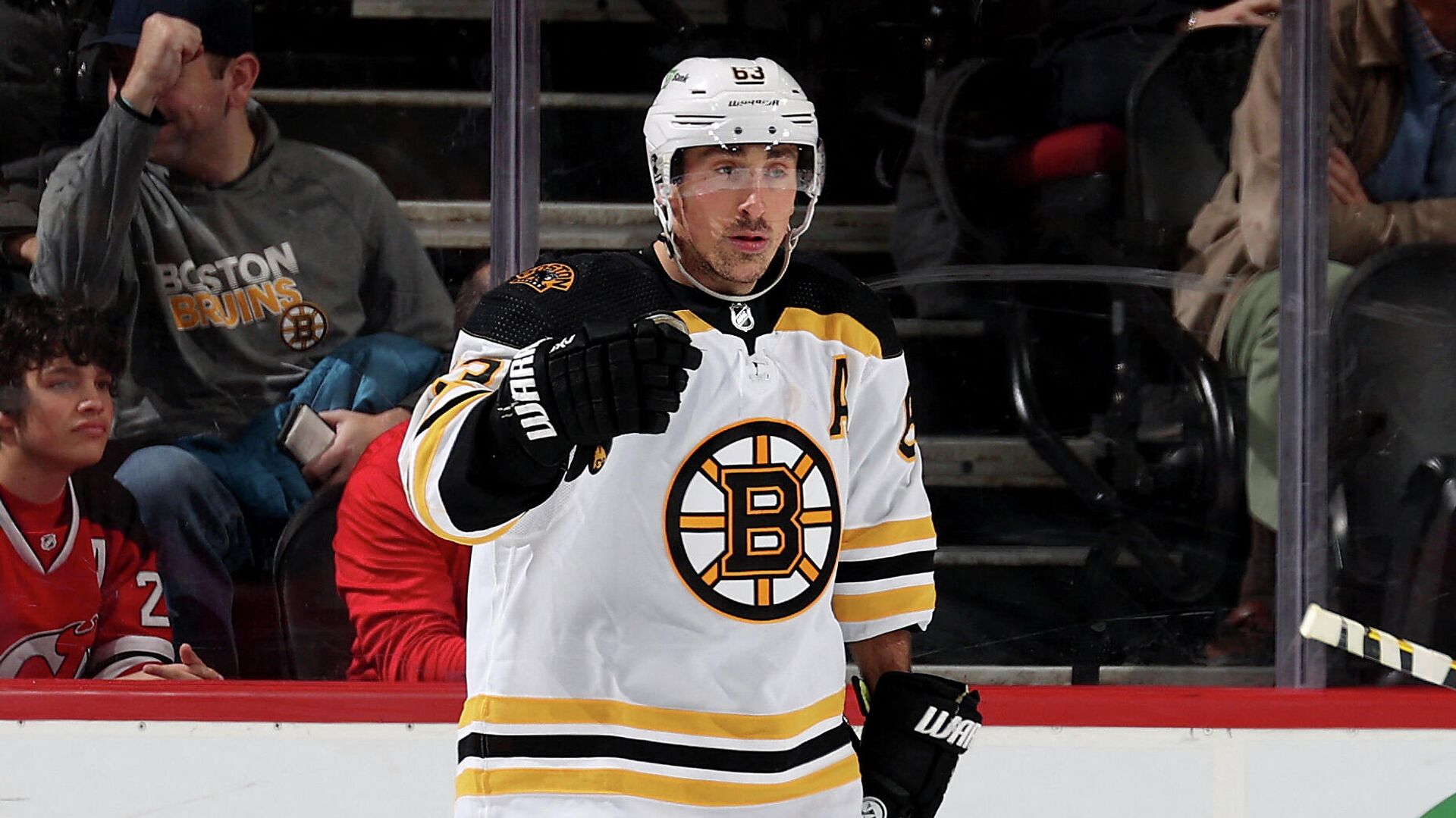 The tone was set by Boston early in the afternoon when Erik Haula found the back of the net. He gave the team a 1-0 lead at 17:37 of the first period. He handled a rebound from the bottom of the right circle after the initial miss from Anton Blidh.

Haula said, “It felt good to get the first goal. Definitely could have had a few already, so it’s a good feeling when the first one goes in, and you can forget about that one and start thinking about the second one.”

The Perfection Line took over for the middle three scores, and Jake DeBrusk scored an empty-net goal with under a minute remaining to ice the contest. The Bruins will return home on Sunday to face the Canadiens at 7:00 PM ET.

When Rafael Devers calls game, he means it.  […]