The first of two joint practices between the New England Patriots and New York Giants occurred on Wednesday and Mac Jones shined. Cam Newton has been barred from team activities for five days because the former MVP broke COVID protocol.

His violation was a misunderstanding, but Roger Goodell is not taking any chance of losing money in 2021. Newton’s absence has opened the door for Jones to win the QB1 role. His first competitive practice without Newton by his side was favorable for the rookie.

If he continues this caliber of play, there is no doubt Jones will be under center when the Patriots open the season against the Dolphins.

Mac Jones has shined in the first two preseason games. He has been criticized for his yards per completion, but this is not a valid shot at Jones. The quarterback has executed the concepts that Josh McDaniels has called and commanded the huddle.

These are two important qualities that a rookie quarterback must show to win a starting job. After two games, it’s apparent that Pats Nation wants Jones to receive the nod. When COVID Cam is factored into the situation, there is no doubt that Jones should be QB1. 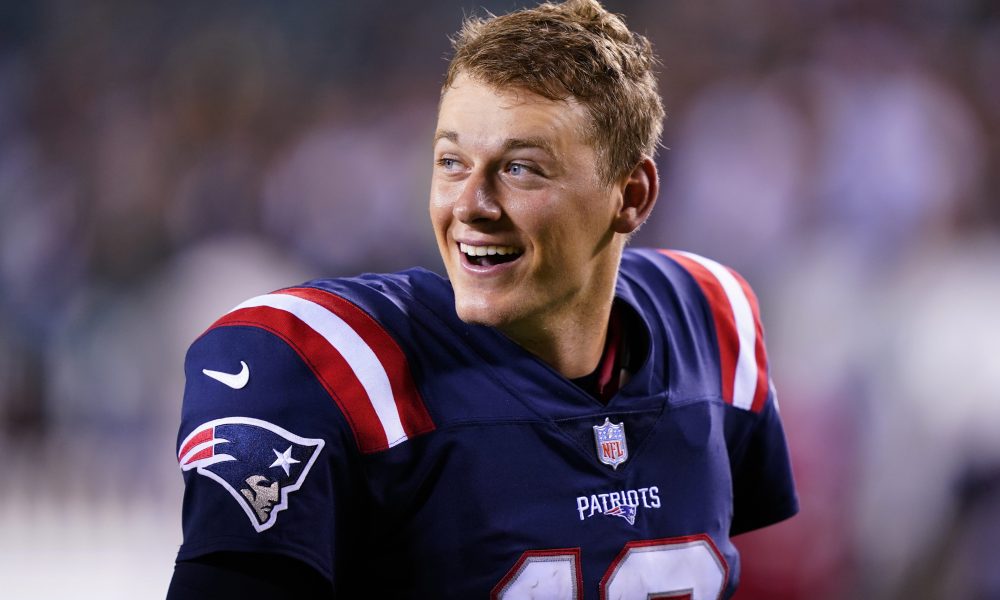 The 6’3″ accuracy machine started exhibition contests well, going 13 of 19 with 87 yards against the Washington Football Team. He followed it up with a 13 of 19 performance for 146 yards in game two against the Eagles.

He made massive strides from game one to two, and the former National Champion continued to move forward in a joint practice with New York on Wednesday.

Taking Advantage of His Opportunities

The news out of Patriots camp on Wednesday was that Mac Jones was putting on a show and proving the critics wrong. I know it’s joint practice, but any positive signs from the young signal-caller is great for Patriots Nation.

The rookie had his best joint practice of the year, and he took every competitive rep, which would have been split with Newton if he was not barred from the team. In practice, Jones was 33 of 39 between 7 on 7s and 11 on 11s. 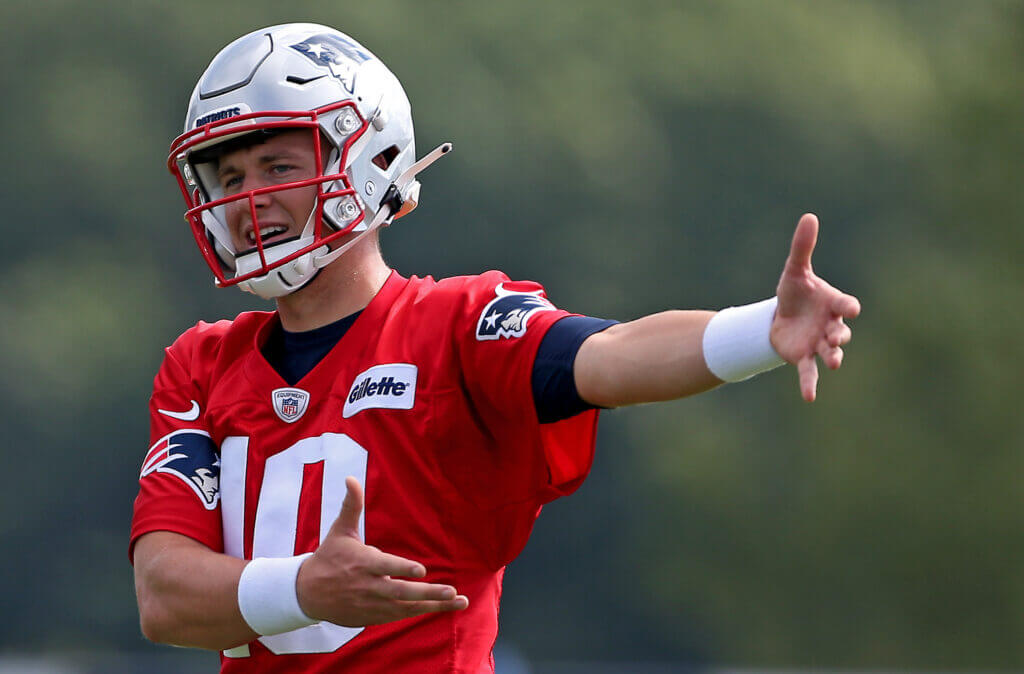 There was one point in the day where Jones whipped off 18 straight completions against the Giants’ first and second-string players. The Patriots selected Jones in the first round because of his elite accuracy.

His most memorable throw of the day was a 35-yard completion to Jakobi Meyers down the sideline. As we have seen from Jones in the preseason, he can lay the football into tight windows down the field.

The arm power may not shine, but his tough is tremendous, and it’s only going to improve in 2021. The quarterback ended practice by dominating the Giants in a two-minute drill where he went 6 for 6 and ended it with a touchdown. This performance even made Bill Belichick excited about the quarterback.

With Newton missing the entire week of practice and remaining unvaccinated, will Belichick ride with the rookie? All signs indicate that the future Hall of Fame coach is leaning towards Jones, but the depth chart still lists Newton as QB1.

The Boston Red Sox will begin their ALDS against the Tampa Bay Rays on Thursday at Tropicana Field. […]