Mac Jones, New England’s first-round pick this year, shined in his preseason debut. Cam Newton started the game under center, but Jones quickly took over and was met with a standing ovation at Gillette Stadium.

All appearances in the preseason need to be taken with a grain of salt, but Jones proved that he can lead the Patriots’ offense in 2021. Jones finished the game 13 of 19 for 87 yards with no interceptions or touchdowns.

Jones did not do anything exceptional, but he looked better than Newton when he was leading the first-team offense. It appears like Newton is still ‘the guy’ according to Belichick, but Jones is not submitting to QB1.

Smooth and efficient are two words to describe Mac Jones’ performance in his NFL debut. There have been many highs and lows for the quarterback in training camp thus far.

Heading into the preseason opener, Jones turned the ball over in practice repetitively, but this was a good sign. It proved that the 15th overall pick was willing to make mistakes and attempt to fit the ball in tight windows. 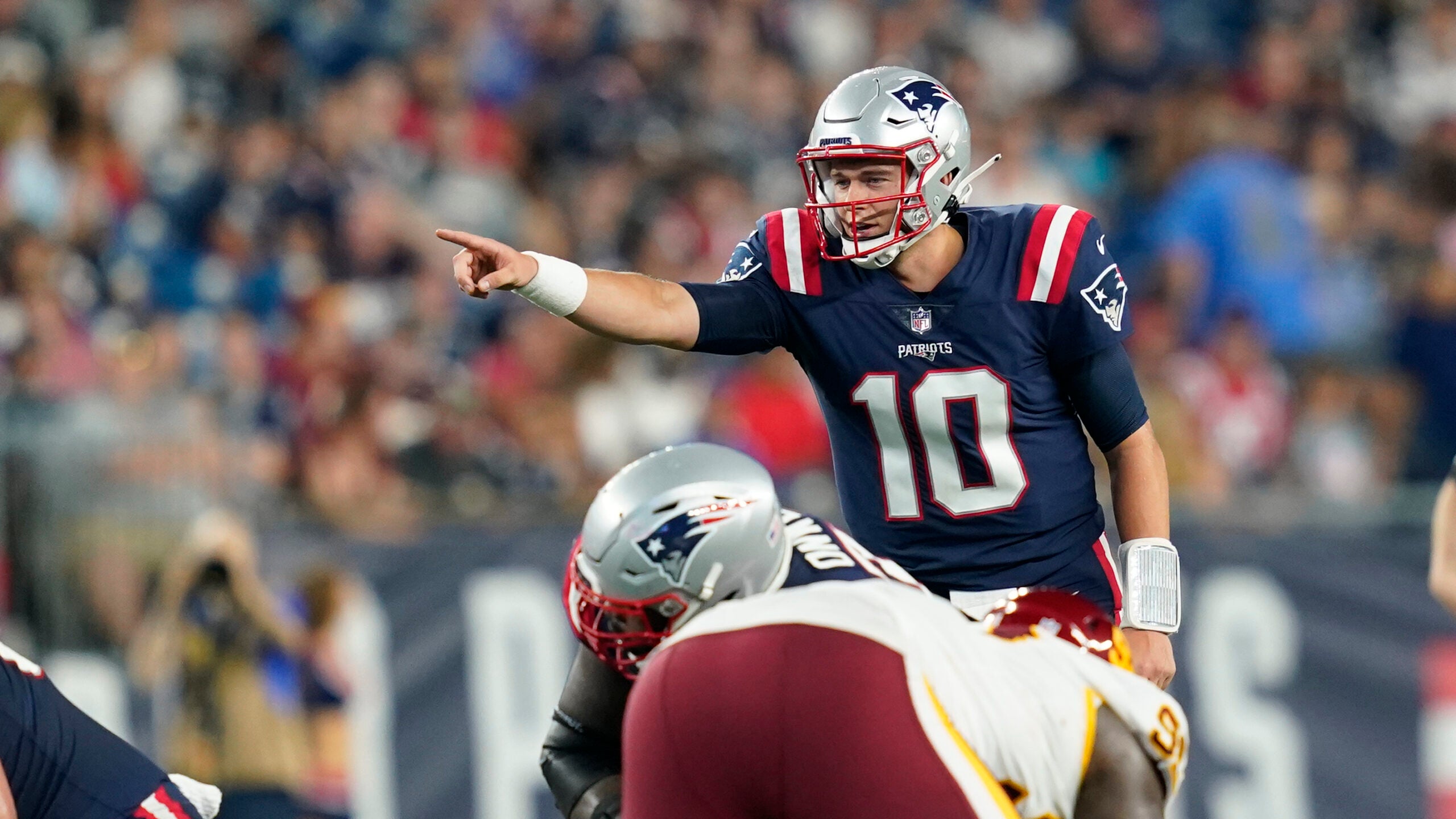 Jones dropped a few dimes into his receivers’ arms which were dropped, showing his elite accuracy. His arm strength looked manageable as long as Josh McDaniels does not consistently ask him to run downfield concepts.

McDaniels called an excellent game for Jones in his first outing. He ran screens and short game concepts, while mixing in the occasional downfield shot. When Belichick was asked about Jones after the game, he deflected the question in his signature style.

“I think really, it’s pretty much the same for everybody. Some good things, so things that we need to, just in general, we need to play faster and react faster. That’s every position across the board. Practice is practice, but things happen at game speed, and that’s something that I would say everyone needs to improve on. Certainly, at the quarterback position, but every other position, too.”

Cam Newton finished the game 4 of 7 for 49 yards. Brian Hoyer entered the game in cleanup duty, going 2 of 4 for 14 yards.

What Does This Result Mean?

Even though preseason football is not like the regular season, it’s still live action where players are expected to perform. Mac Jones passed the eyeball test in his first preseason action, and he set the bar relatively high.

The main thing that I saw from Jones is that he trusted his protection and stepped up in the pocket, despite a ruthless Washington front seven. Additionally, he recognized defensive schemes in front of him, which was commendable under pressure.

Schemes are basic in the preseason, and Jones will be fooled numerous times in the regular season. Nevertheless, it’s positive that the Alabama graduate was not confused by the basics.

Jones ran play-action well, which will be critical in McDaniels offense. He is not going to run away from defenders, but neither did Tom Brady. Quarterbacks must throw the ball to win games in the NFL, and Jones’ footwork makes up for his pocket maneuverability.

Jones may not start week one, but the future looks brighter than expected in New England, thanks to the first-round selection.

The longest-tenured, most decorated QB in NFL history has finally hung-up his cleats. Brady played 23 years, but his legacy goes beyond the years. […]