Who needs Gisele when you have Mac Jones’ girlfriend, Sophie Scott?

Mac Jones’ girlfriend, Sophie Scott, is possibly the coolest girl to ever walk the face of the Earth. There were rumors out of Pats camp that Jones was teaching Cam Newton the playbook. According to an interview with WEEI, we now know that QB1’s bae was teaching her man how to become the starting quarterback of the New England Patriots.

Jones took Patriots camp by storm, which was unexpected throughout the league. During the offseason, Bill Belichick preached how the starting quarterback job belonged to Newton.

After the final preseason game, it was revealed that this was not the case. New England cut tied with Newton and named Jones the leader of the team. Great quarterbacks do not become elite without support, and Jones has the woman he needs to lead the Patriots to the Super Bowl. 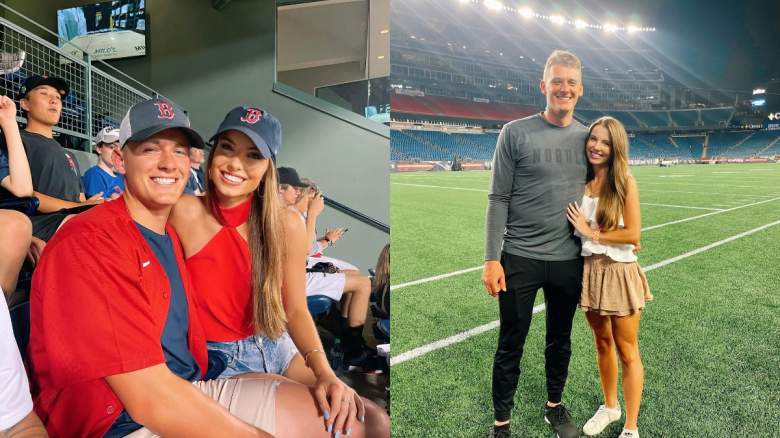 In a recent interview with Lou Merloni and Christian Fauria, Jones was asked how he has retained the playbook. His response will go down in history and give Scott a lot of credibility for the girlfriend Hall of Fame.

“It’s just consistency. I’ve kind of found stuff that works for me. I’ve learned from a lot of older guys on the team, just ‘Hey, how did you do this? How did you learn all these plays?’ And it just takes a little bit of time, but I spent a lot of time doing it when I first got here, and obviously every day I stick to my schedule, and I just try and break it down and watch film, but also focus on the things that we want to do. A lot of times I’m very visual, so that definitely helps. I’ve always been a very visual learner, and that helps to see it, whether that’s drawing it or walking through it or doing it.”

Jones went onto discuss how he recruited his girlfriend to continue the preparation away from Gillette Stadium.

“Sophie does a good job. Most of the time, she just walks through plays in the yard. Yeah, she helps me a lot. I just kind of do them with her and throw into a net.”

I do not know much about Sophie Scott, but her GRIT is undeniable. Some football wives are just in it for the money, but Scott being in the backyard walking through plays makes her a true Patriot. I hope Mac is rewarding her with part of his signing bonus because she may be why New England regains its place on top of the football world.

The Bruins have three preseason games remaining before they kick off the season at home against the Dallas Stars on October 16. […]