Alex Cora could not have asked for more of his team during their time in Houston.  The Boston Red Sox split with the Astros, and the team played well throughout the weekend. On Saturday, the long ball powered Boston to victory over Houston.

J.D. Martinez and Rafael Devers hit grand slams in the first and second inning, respectively, which gave the Red Sox an early buffer. Houston battled back with five runs, but Boston’s early game power allowed them to even the series before heading back to Fenway Park.

J.D. Martinez and Rafael Devers set the tone, but this win was a complete team effort. The Red Sox had 11 hits and three homers on the afternoon. Houston’s bullpen needed to acquire 24 outs after Luis Garcia left the game with an injury.

Dusty Baker called on Jake Odorizzi, a probable starter for later in the series, to throw 82 pitches to save the relievers’ arms. This is positive for Boston because Houston has limited pitching moving forward with Garcia’s injury and the absence of Lance McCullers Jr. 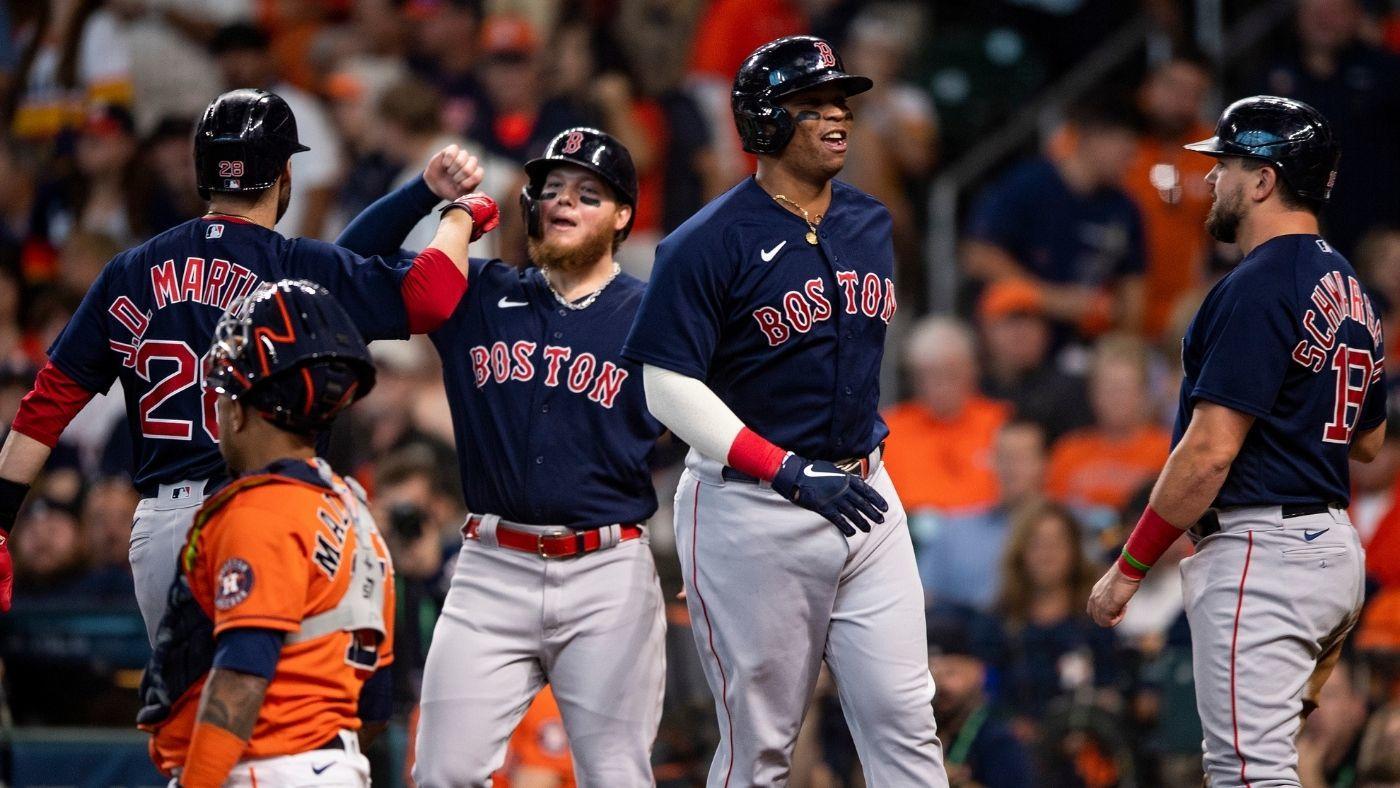 Martinez took a 1-0 fastball to right field at Minute Maid Park in the first inning to start the grand slam parade for Boston. Kyle Schwarber, Enrique Hernandez, and Devers could jog home as Martinez rounded the bases.

Martinez’s swing put the Astros on one knee, and Devers finished them off in the second inning. Devers took Odorizzi yard with Kevin Plawecki, Christian Arroyo, and Hernandez on base.
Odorizzi’s 1-1 cutter down in the zone allowed Devers to turn the pitch and wrap it around the right field foul pole.

This was the first time in postseason history where the same team blasted two single-game grand slams.

Have a Postseason Kike

When a player is hot at the dish, they are supposedly seeing beach balls at the plate. This statement could not be more accurate for Kike Hernandez, who has been dominant at the plate for Boston in October. 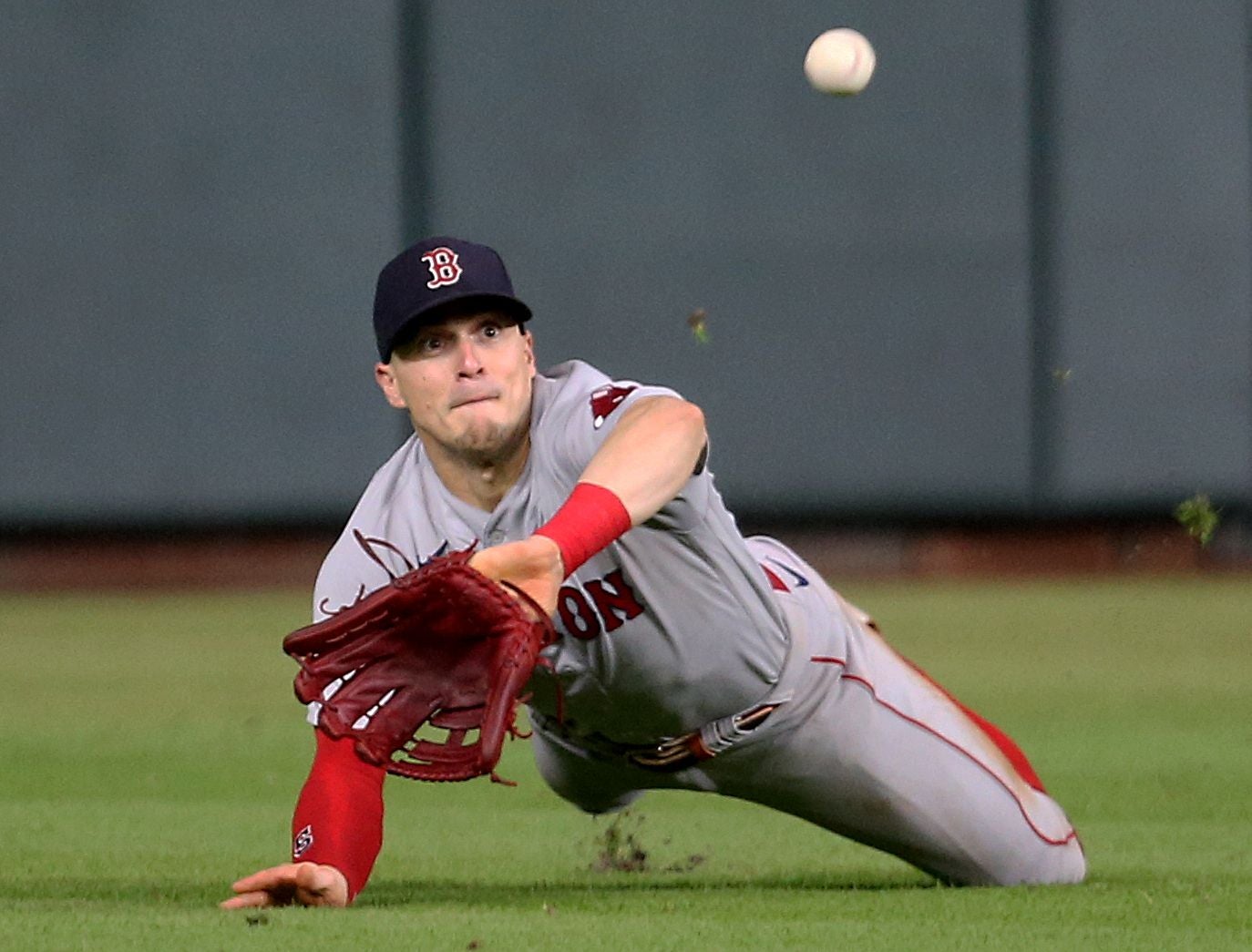 Hernandez homered twice on Friday and added another blast in the fourth inning on Saturday. He has set records over a five game postseason span for extra base hits (9), most hits (15), and total bases (34).

With the series headed back to Fenway Park, the Astros will need to neutralize Hernandez to slow down Boston’s potent lineup.

After the initial split, the ALCS has turned into a best of five series. The next three games will be played in Boston at Fenway Park. Houston must win a minimum of one game for the action to return to Minute Maid Park. 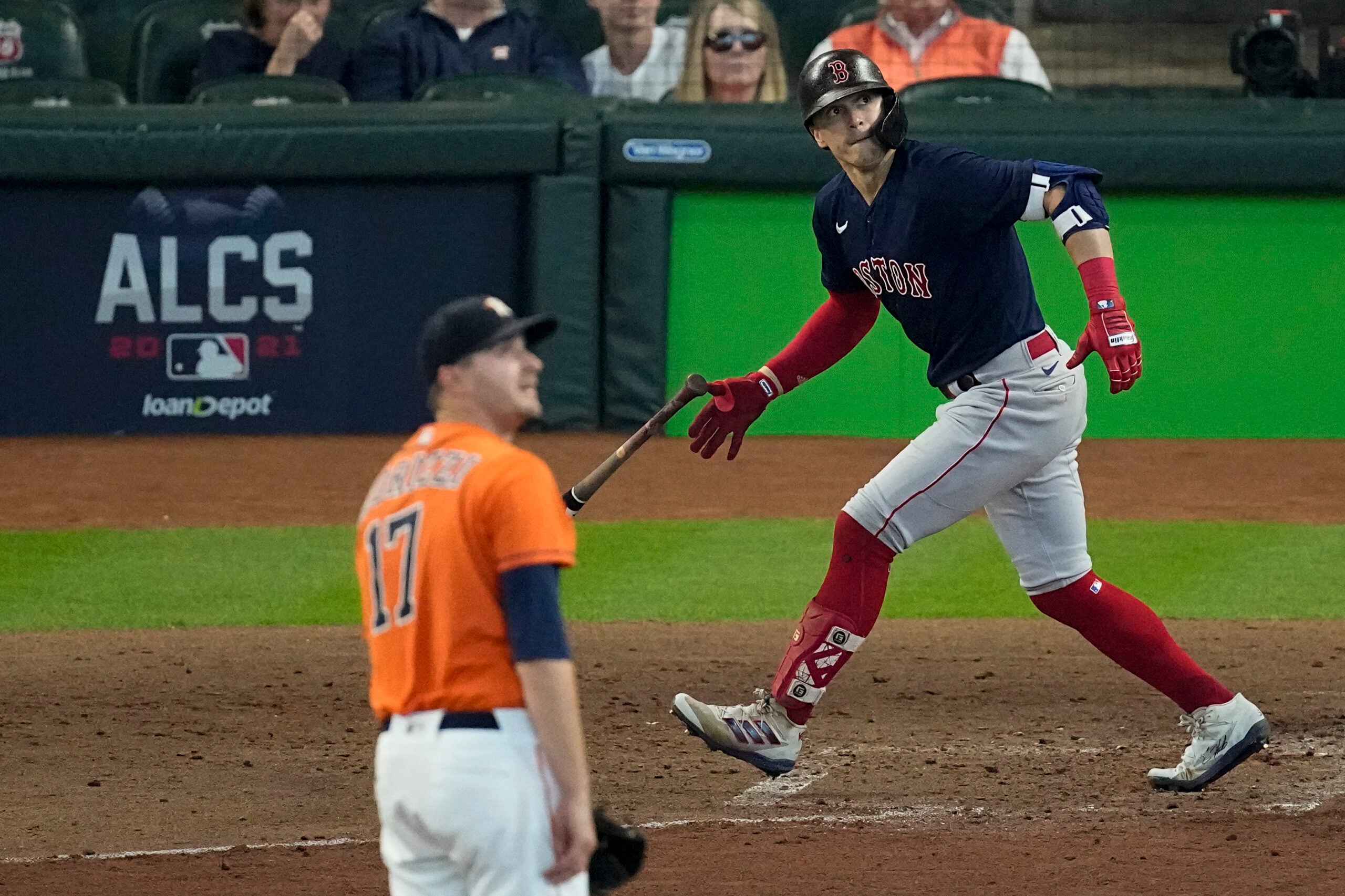 The magic number for each team is three after the initial split. Boston is undefeated at home in the 2021 postseason at 3-0. If they win the next three games, they will represent the American League in the World Series.

The first pitch on Monday night is scheduled for 8:08 PM ET.

How Could Freddie Freeman Land in Boston?

Freddie Freeman will likely not land in Boston, but we can dream, right? […]