Kike Hernandez established himself as one of the best role players in baseball during his time in Los Angeles. Once he came to Boston, Hernandez was given the opportunity to be an everyday player, and he has fully taken advantage of this opportunity.

Hernandez played a huge role for the team in the regular season, but he has been the offensive ace in the postseason. In the past two games, the utility player has eight hits, seven of which came in consecutive at-bats.

The Tampa Bay Rays bested the Boston Red Sox in game one of the American League Division Series, putting the Fenway Faithful in a hole. However, the team stayed composed and bounced back in the second game of the series from Tropicana Field. Hernandez broke out all the stops, going 5 for 6 with a home run and three doubles. This is a career performance for any player, but October baseball heightened the magnitude of the night for Hernandez.

When the series returned to Fenway, Hernandez did not disappoint, started the game with a line drive single off the Green Monster in his first at-bat. He then proceeded with a game-tying RBI single into center field before putting a ball over the Green Monster for his seventh straight hit.

Hernandez has etched his name into the record books the past two nights. His eight hits in two games tied Derek Jeter’s postseason record, which was set in the 2005-06 postseason.

Additionally, his seven straight hits in the playoffs were one knock short of the record from three players.

Hernandez would have tied Thatcher as the only player to do it in a single season. Hernandez’s streak ended with a line out to third base to start the seventh inning. 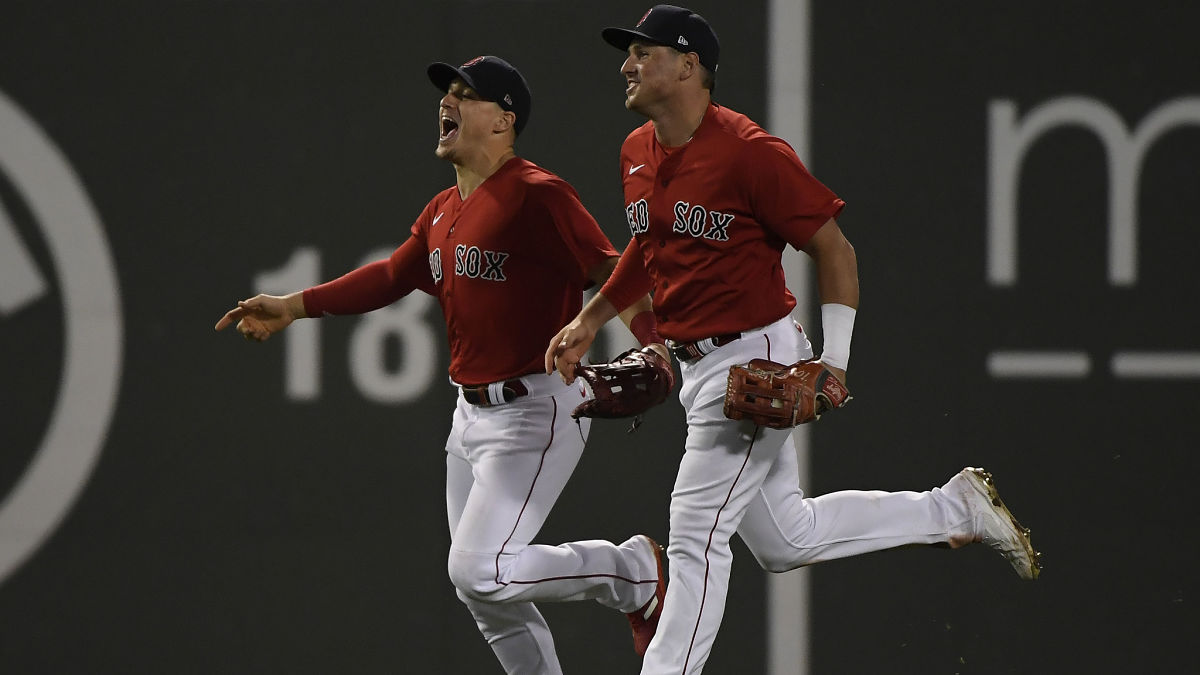 In the ALDS, Hernandez has five extra base hits with his two homers and three doubles. His current contract has him in Boston for one more season, after signing a two-year deal worth $14 million in the offseason.

It would not be surprising to see an extension when Boston’s season does come to an end. However, with the Red Sox just one win away from competing for the American League pennant, do not expect the team to start vacationing anytime soon.

The Boston Red Sox will begin their ALDS against the Tampa Bay Rays on Thursday at Tropicana Field. […]