The Red Sox acquiring Hunter Renfroe in the 2021 offseason was their best front office move all season. I think I speak for the entirety of Red Sox Nation when I say there were no moves at the trade deadline that came close to rivaling the Renfroe acquisition.

When Renfroe was signed in the offseason, nobody expected it to be anything to celebrate. However, the outfielder has taken Boston by storm, and he is becoming a fan favorite with the team.

On Tuesday night, Renfroe catapulted Boston to their second straight win with two home runs. There is a chance his second shot of the evening decapitated a person on Lansdowne Street. The team has been successful with new additions like Garrett Whitlock, Hirokazu Sawamura, and Adam Ottavino, but Renfroe has stolen the show in 2021.

Hunter Renfroe has been an ace at the dish all season long, and Tuesday was no different. When you look at his .256/.315/.502 slash line, nothing stands out as a fan. However, if you live and die by every pitch of Red Sox baseball, you know Renfroe has come up clutch frequently. 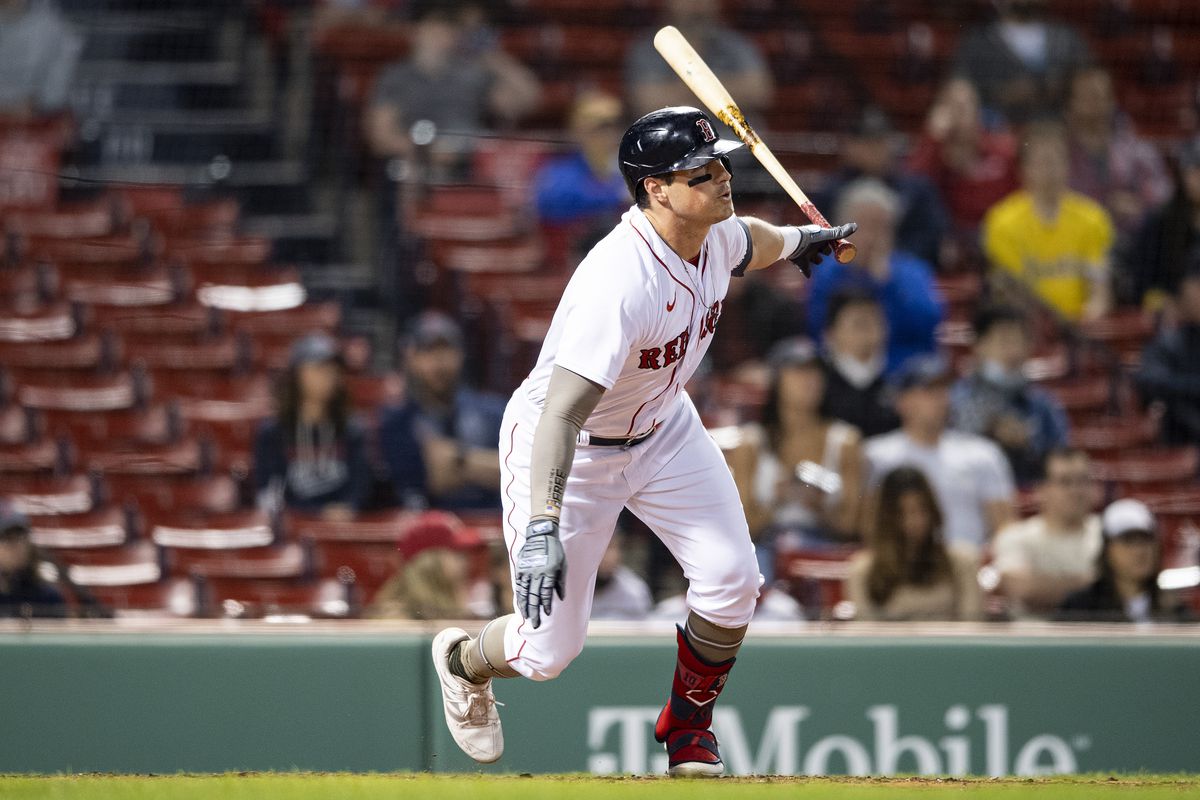 Renfroe had a three-run shot in the fourth inning, which turned a 3-1 deficit into a one-run lead. He came back in the fifth and added a two-run missile to widen the gap to six runs. Boston allowed the lead to slip away before ultimately securing the win by a score of 11-9.

Yet, Renfroe shined on the biggest stage once again. With the season on the line every day, Renfroe continued to come up big for Beantown.

Hunter Renfroe was drafted by the Boston Red Sox in the 31st round of the 2010 MLB Draft but chose to attend Mississippi State. Three years later, he was selected by the San Diego Padres in the first round of the draft.

Renfroe was drafted in 2013 and made his debut in 2016. The outfielder spent four years in San Diego and one in Tampa Bay before coming to Boston in the offseason. Renfroe, who has blasted 25 bombs, is having one of the best seasons of his career.

The Red Sox control him through the 2023 season, so he will be helping anchor the outfield for the next two seasons. Renfroe has been successful for countless reasons this season, but his efficiency has been tremendous.

As we have constantly seen, efficiency wins in baseball, and Renfroe is crushing in this department. Renfroe swings at pitches in the zone, and he has become more than a power hitter in 2021.

His average has faded during the Red Sox losing streak, but there was a point when his average was pushing .280. This is uncharacteristic of Renfroe, a career .235 hitter was over 390 games with the Padres.

The outfielder still has not lost his ability to drive the ball out of the yard. His career-high for home runs came in 2019 when he hit 33. He is eight away from this mark, but his efficiency has been much better, which has helped the franchise be able to play meaningful baseball.

In the outfield, Renfroe has made his share of mistakes, but he has countered this fact with several game-saving plays. When he gets used to playing in Fenway, I expect him to become one of the best corner outfielders in the game.

The corners at Fenway are in great shape for years to come with Hunter Renfroe.

Bill Belichick and the Patriots have put a notch in the win column following Sunday’s 25-6 victory over the Jets at MetLife Stadium. […]

The Boston Red Sox are en route to Houston for the beginning of the ALCS with the Astros. The series will begin on Friday, with the first pitch scheduled for 8:07 PM ET from Minute Maid Park. […]