The New England Patriots will play their second straight contest against an NFC South opponent when the Buccaneers come to Gillette Stadium Sunday night. The Patriots are coming off a 28-13 loss to the Saints, bringing the team’s record to 1-3.

This week’s contest is more than just a football game as the GOAT, Tom Brady, will return home to New England with the defending Super Bowl champions.

The romantic element of this football game is attractive, but make no mistake: Tom Brady is coming to Gillette Stadium to put up 50 points on his former team. There are rumors that Brady’s departure from the Patriots was not civil, making this matchup extra intriguing.

The pregame will be emotional for New England fans and Brady as well, but once the clock starts, the only thing that matters is football.

Tom Brady is the most clutch signal-caller ever to play the game, and this is thanks to his unmatched hunger. Throughout the week, Brady has said numerous times that the primary goal is to win the game, and he does not expect any special treatment in New England.

The biggest matchup of the game will be the Buccaneers’ offense against the Patriots’ defense. This is expected to be a grueling chess match between Brady and Bill Belichick.

This is also New England’s strongest unit, and it will be critical to neutralizing Brady to have a chance to win. The GOAT is poised to break the NFL passing yards record on Sunday night.

Brady needs 67 yards to overtake Drew Brees in this category, who has 80,358 total passing yards. These two quarterbacks are followed by Peyton Manning, Brett Favre, and Phillip Rivers. Once Brady earns the top position, there is nobody close to taking over the lead.

Even if Belichick has his best defensive scheme of the season in place on Sunday, Brady will set this record in poetic fashion at Gillette Stadium. New England has stated they will acknowledge the record, but the game will not stop. 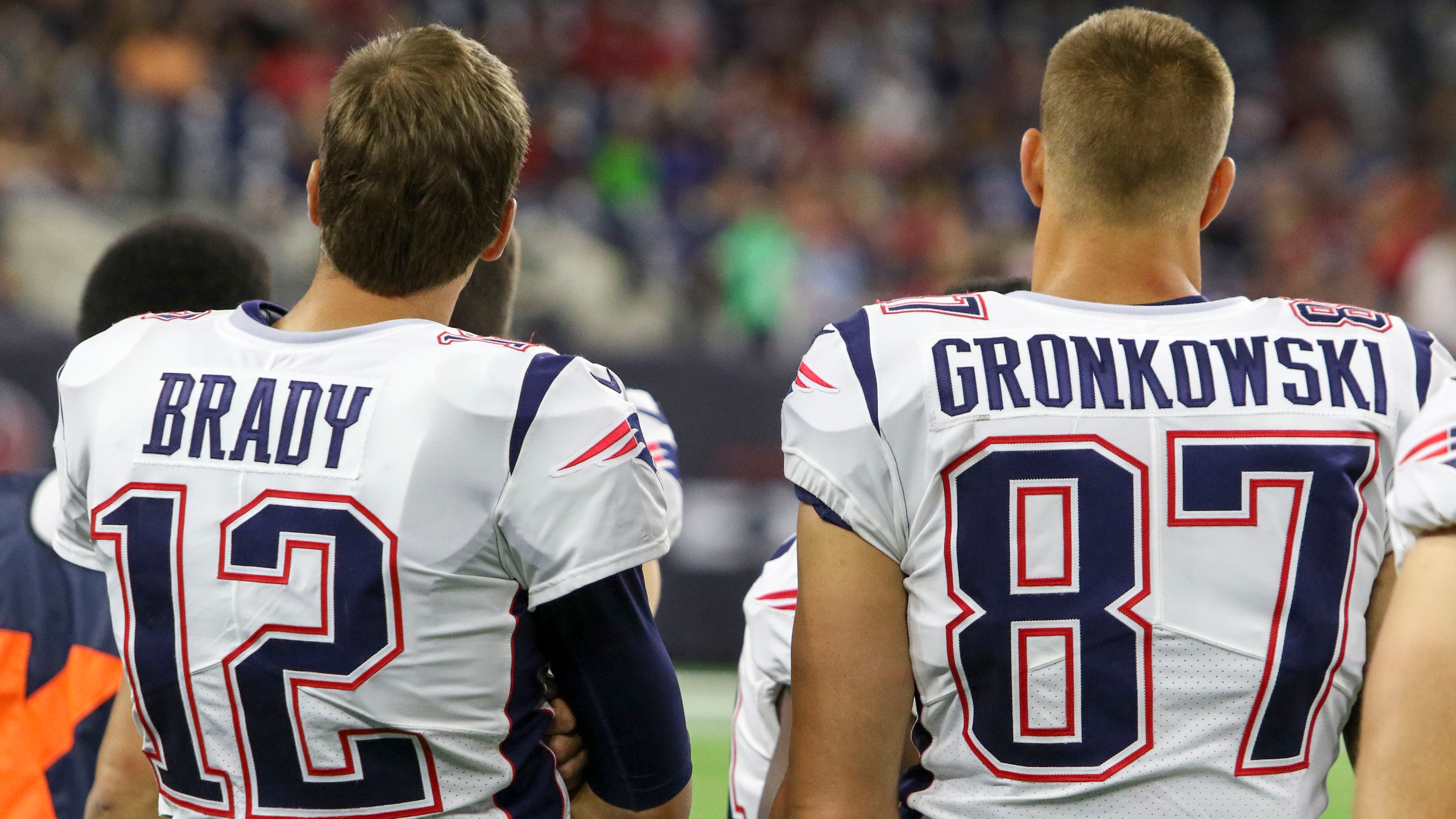 Knowing Brady, this is fine because he cares more about winning than anything else between the lines. Rob Gronkowski will also return to New England with the Buccaneers even though he will not play in the game.

Nevertheless, the tight end still deserves to be acknowledged for his superb contribution to Patriots football over the year. From 2010-2018, he played in 115 games and had 521 receptions for 7,861 yards with 79 touchdowns.

The key for the Patriots will be to protect Mac Jones on the offensive side of the ball. New England abandoned the run against New Orleans, and Jones had his worst outing of the year.

The quarterback was under pressure for most of the day, which did not help his cause. The New Orleans defense has been statistically better than Tampa Bay, and they rank 31st in passing yards allowed. However, I do not expect the Patriots to score a lot of points. 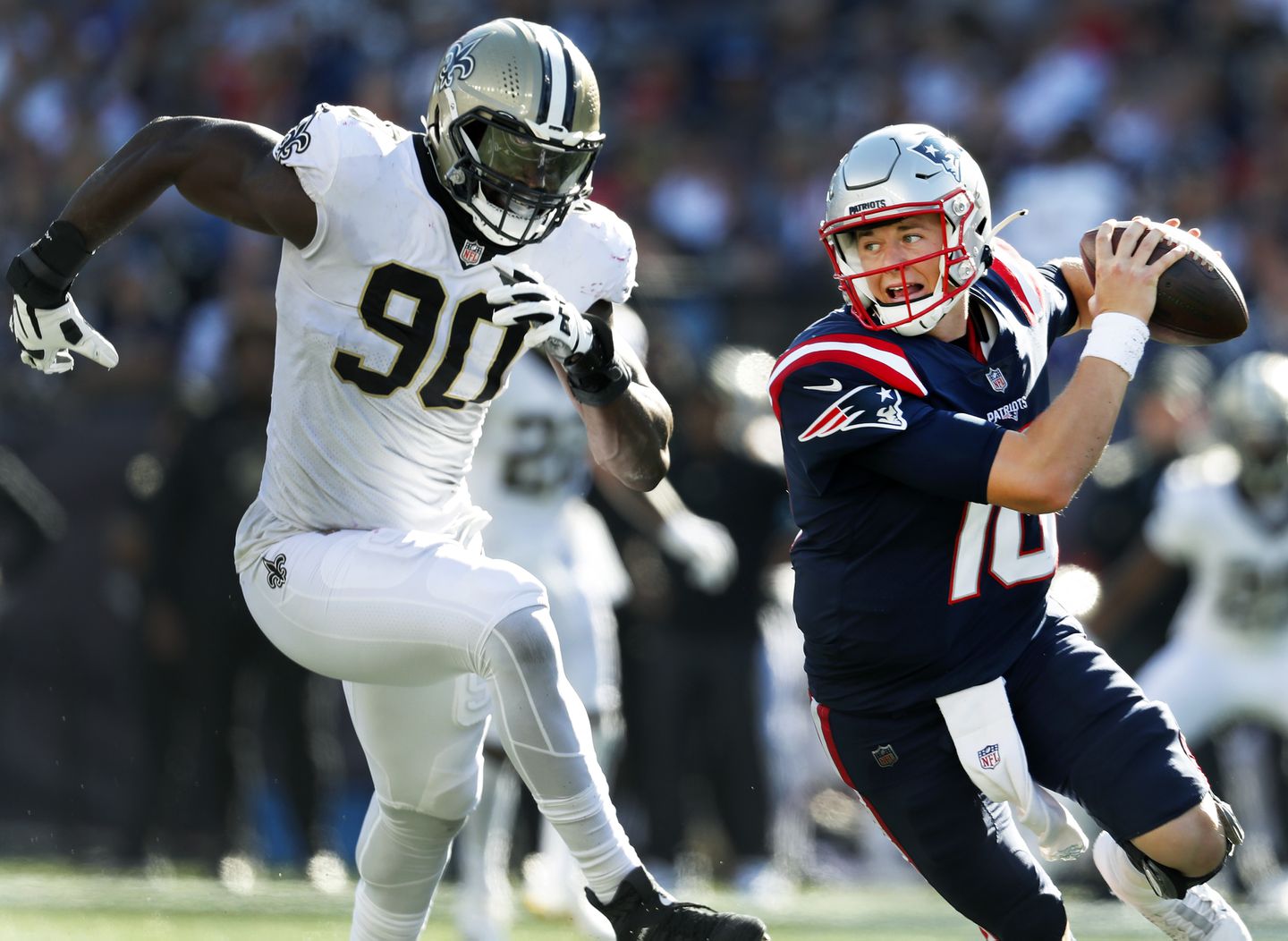 When they have their opportunities, they must capitalize, and this starts by protecting Jones in the pocket. More receivers will need to contribute than Jakobi Meyers, who has 19 catches for 176 yards on the season.

Hunter Henry and Jonnu Smith could be the difference makers on Sunday, and they will need to play well for the Patriots to have a chance.

Defensive Key: Get to Tom Brady

The Buccaneers have one of the best passing offenses in football, but it all revolves around Brady. The way to beat the GOAT is to get pressure on him from a variety of directions. This is easier said than done with Tampa Bay’s offensive line, but New England’s front seven will be competitive.

This will help the back end cover the weapons Brady has to work with, like Chris Godwin, Mike Evans, and Antonio Brown. Godwin is the most dynamic slot receiver in football, and the Patriots will need to limit his production. 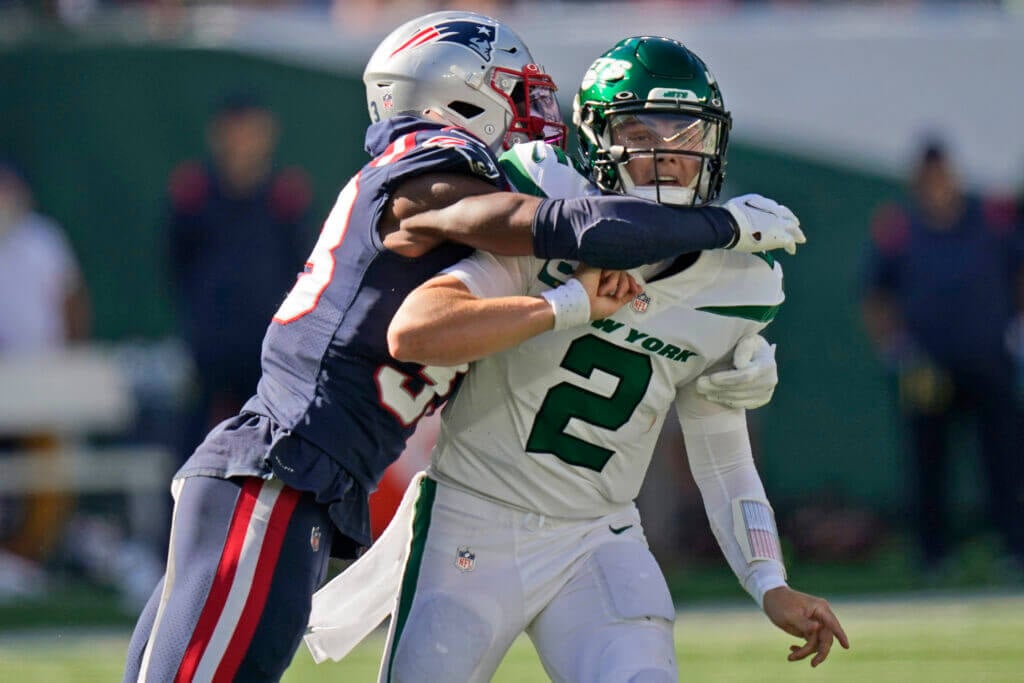 Belichick will have a hard time confusing Brady, but they must apply pressure, or he will have a field day in the pocket.

Kickoff from Gillette Stadium is scheduled for 8:20 PM ET on Sunday night, and it can be seen nationally on NBC.