The Boston Red Sox are four victories away from representing the American League in the World Series. Boston will battle Houston in the ALCS beginning on Friday. In the preseason projections, the Red Sox were pegged as a third-place team in the AL East, but they have destroyed this appraisal.

The 2018 World Series champions took down the Tampa Bay Rays, the first seed in the American League, in four games in the ALDS. They finished off Tampa Bay in front of the Fenway Faithful on Monday evening, and there was undoubtedly magic in the air. 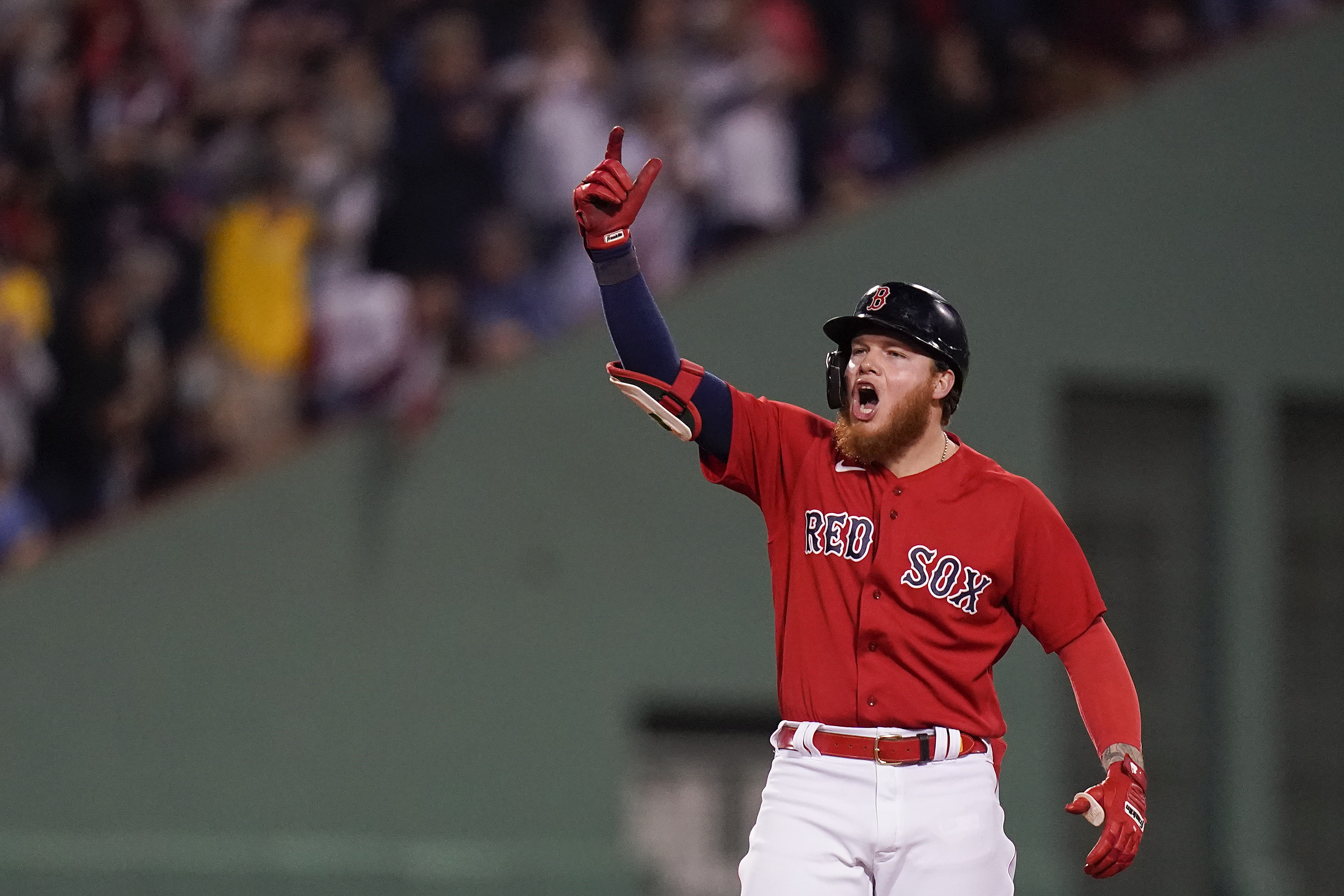 Fenway Park is a special ballpark, but it’s magical in October, and this has been proven by Boston’s three home playoff games. The Red Sox dominated Gerrit Cole and the Yankees in the Wild Card before two straight walk-off wins versus the Rays.

Magic is in the air, and it’s floating over the Green Monster and wrapping around the Pesky Pole. If you have started to count out the Red Sox, I would recommend shifting your mindset. This team is still here, and they are not going down without a fight to Houston.

The Fenway Faithful played a massive role in the American League Wild Card victory over the New York Yankees. The Bronx Bombers entered the game as favorites after sweeping the Sox in Boston in the second to last series of the year.

Cole took the mound, looking to shut down the Red Sox, and he was exposed. The Cy Young frontrunner did not make it through three innings as “GERRIT, GERRIT, GERRIT,” chants circulated through the yard.

The Fenway Park crowd in the ALWC was phenomenal, and it only improved against the Rays in the ALDS.

Tampa Bay and Boston split their contests at Tropicana before transitioning to Fenway Park. Four extra innings were required before the Red Sox walked off to take a 2-1 series lead in game one.

Christian Vazquez called game off Luis Patino on Sunday and left the mound to cheers as the catcher was mobbed at home. Patino returned the next night to pitch to face Vazquez and was greeted by, “WHO’S YOUR DADDY?”

I was lucky enough to attend all three playoff games thus far, and I have never heard the Fenway Park crowd cheer as they have in the 2021 postseason. The cries will only intensify with the Astros coming to town on Monday night.

The Red Sox won the World Series in 2018, and that team was special. The 2021 Red Sox have proven they have the talent to compete, but the gritty nature of this club differentiates them from other franchises in MLB.

After the champagne was popped in the locker room, numerous players thanked the fans for standing tall two days straight. J.D. Martinez, a member of the 2018 championship team, noted the difference amongst the crowd throughout the first three postseason home games.

“Shoutout to all of the fans. You guys have been on your feet for two days straight, and I don’t know how you’re doing it. It’s awesome. In 2018, everybody was hyped and pumped, but not like this. I feel like this year is just a little bit different.”

The ALCS will begin on Friday night in Houston. Boston must bring their offensive A-game to keep pace with the Astros. Yet, if any team will rise to the occasion with their backs against the wall, it’s the Boston Red Sox.