Bill Belichick is one of the greatest minds in football, however, in one aspect he is starting to fall behind the rest of the NFL.

In a game where many expected Tom Brady to return home and squash the Patriots, it was closer than many had expected. What took place at Gillette Sunday Night was a classic case of Belichick that many Patriots fans have seen in their lifetime.

The defensive scheme Bill mustered up was enough to have the Bucs’ offense stagnant for major stretches of the game. Tom Brady left his homecoming with a win (which many expected), but the way the Bucs’ won this game some could argue is due to the late-game decision-making of the man in the soaking wet hoodie.

It’s fourth and three at Tampa’s 37-yard line. The Patriots’ offense led by Mac Jones is driving down the field. Mac just forced a pass into tight end, Hunter Henry. Henry, who was double-covered on the play had no chance of catching that football. 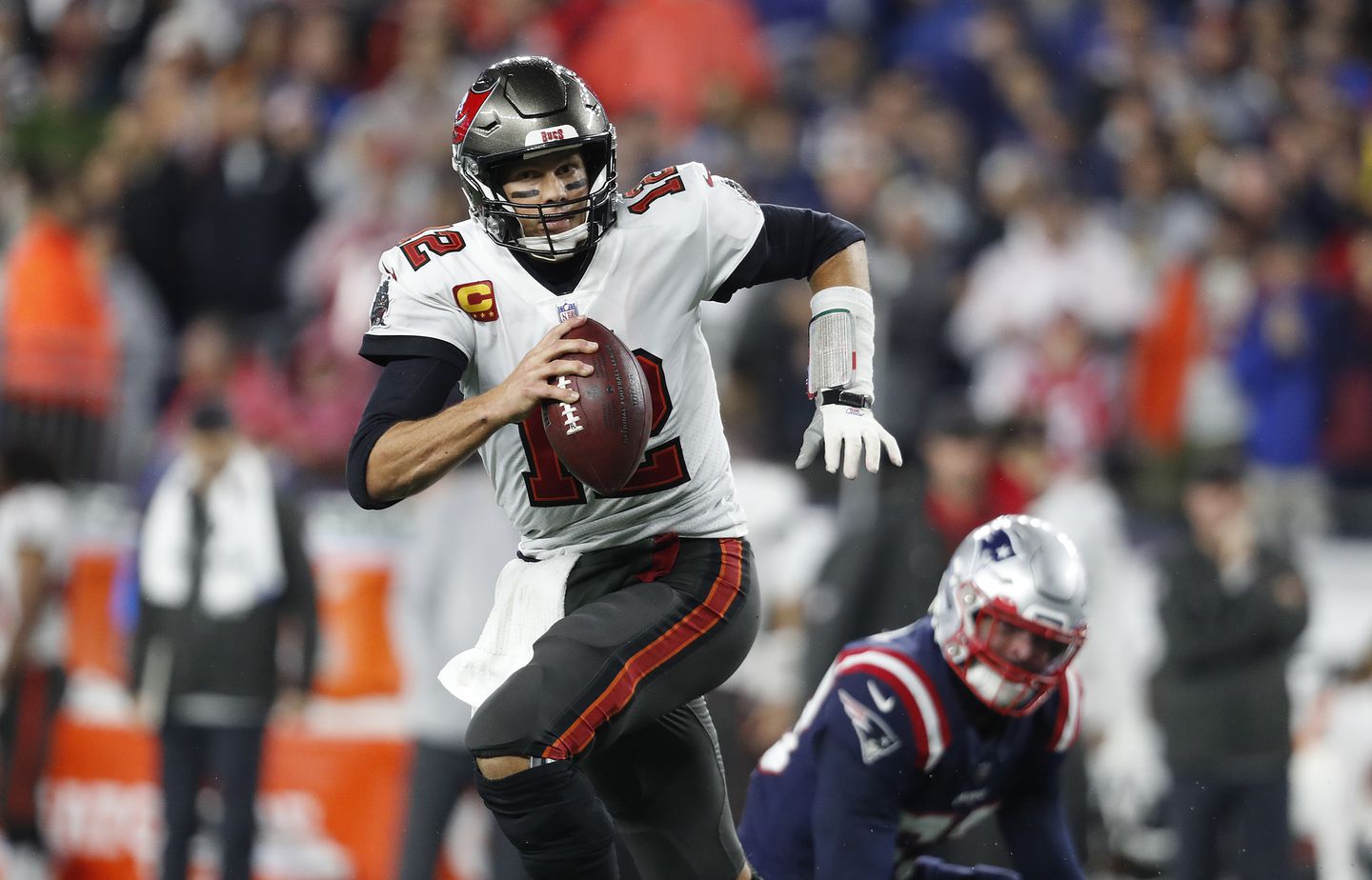 Then Gillette got hushed wondering what will Belichick do? Many who saw the rain pouring down presumed that the offense would stay on the field. However, to the surprise of many, Nick Folk trots onto the field to attempt what could be his 37 consecutive field goal.

The Patriots fans are in shock but “In Bill, we trust” stays in the back of their mind. All you need to hear is the sound of the football hit that left upright. Pats’ faithful are in disbelief. As Tom Brady jogs back onto the field the fairytale is over. Patriots lose 17-19 and with that a masterclass by Bill and Mac Jones is flushed down the tubes. The question is why did Belichick choose a field goal over Mac Jones going for it on fourth down?

The simple fact of the matter is that Bill doesn’t like to take chances as much as one would assume. This is the one example of where he could be behind the times in today’s NFL. While the rest of the league is ultra-aggressive in comparison to previous seasons, it is Bill and the Patriots who are stuck in the early 2010s with their mindset.

The Patriots this season are currently tied for second to last in the NFL for fourth down attempts with three. In the past five seasons, the Patriots have finished 27th, 27th, 27th, 26th, and 28th in attempts. According to Football Outsiders’ “aggressiveness index”, which calculates how often a coach goes for it on fourth down compared to his peers, Belichick ranked as the 17th most aggressive coach in 2020.

It is fair to look at this with a grain of salt as the top three coaches on this scale are Kliff Kingsbury, Dan Quinn, and Doug Peterson. Two of those coaches do not have head coaching jobs anymore. All three of them didn’t lead their team to the postseason.

Bill was one of the first head coaches in the modern NFL to be aggressive on fourth down. It seems though that he has become comfortable in staying with 2010-2015 levels of regression while the rest of the league has evolved. It’s hard to determine off of statistics what would be considered the right “decision” on fourth down. Half the time it is out of pure desperation, other times it’s completely strategic.

The last thing to keep in mind is that New England was not running the ball well. They had -1 rushing yards for the whole game. The Bucs’ defense was playing the pass the entire game and was able to shut down the run game with ease. In a fourth and three, many teams would consider handing the ball off. Tampa shut down the run game so early in this game that Mac had to carry the offensive workload. 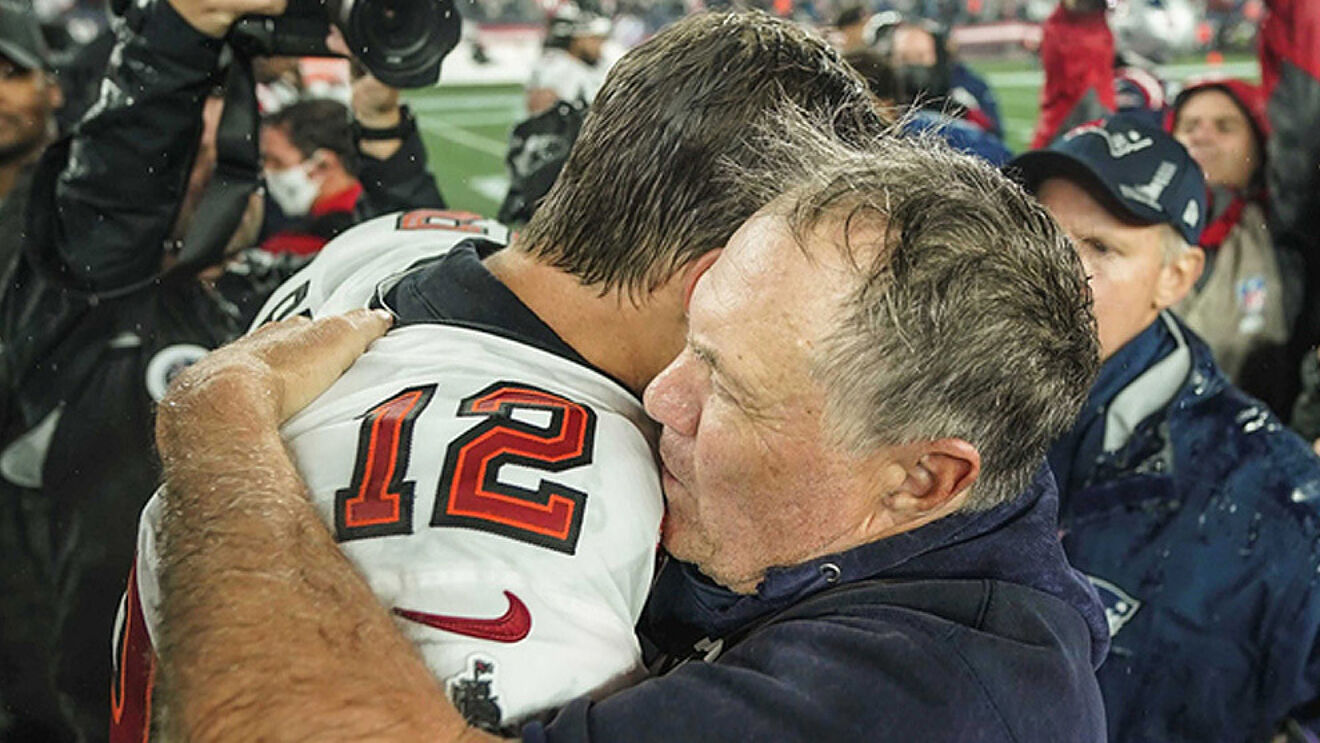 To his credit, Mac did a fantastic job of going throw for throw with Brady. However, I would think that Bill saw how the Patriots were 2 for 9 on third down, realizing that going for fourth down was not in the cards.

Instead of being pissed off at Bill Belichick for sending out Nick Folk, understand that it was Bill who got us that close. It was essentially a coin flip with those elements, unfortunately, it didn’t land on the side we wanted this time.