The Boston Red Sox are en route to Houston for the beginning of the ALCS with the Astros. The series will begin on Friday, with the first pitch scheduled for 8:07 PM ET from Minute Maid Park.

No manager has tipped their cap and named a starter yet, but the probable pitchers are Nathan Eovaldi for Boston and Framber Valdez of Houston. The Astros are favored on the run line with a money line of -146. The Red Sox are +124 to win, and the over/under has been set at 8.5 runs.

These lines will likely jump as the starting pitchers and lineups are finalized. The first two games will be played in Houston before the series transitions to Fenway Park for three contests. The ALCS will return to Minute Maid Park for games six and seven if necessary.

There is one pitcher who Alex Cora must have pitch twice in the ALCS to give his team a chance to advance to the World Series. This wing is Nathan Eovaldi, who has adopted the aura of Playoff Nate as he did in 2018 for the Red Sox. 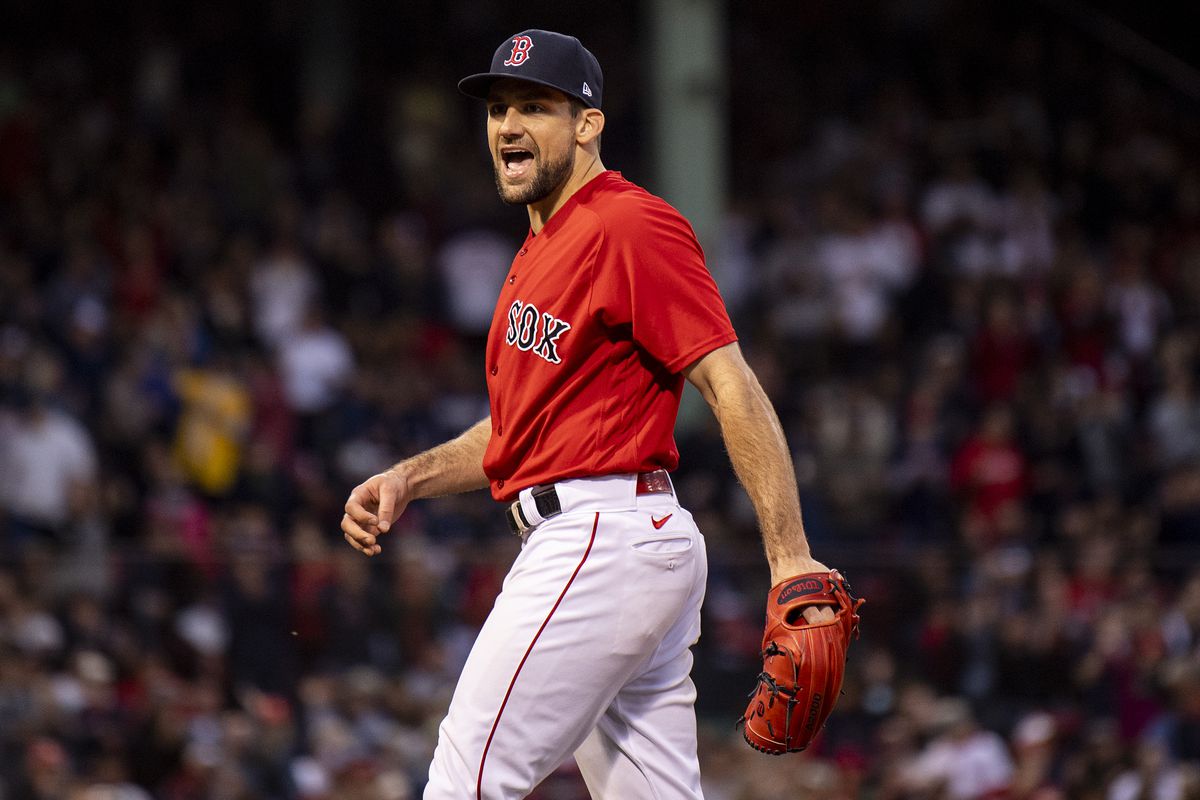 Eovaldi went 11-9 with a 3.75 during the 2021 regular season, but his arm has been magical in the postseason. In October, his career record is 3-1 with a 1.93 ERA, so it will not be surprising to see him named Boston’s starter.

He threw five innings in the ALDS, giving him four days rest as of Friday. This is standard for postseason starters, so expect Eovaldi to be the first Red Sox wing to toe the rubber.

Framber Valdez is the likely choice for Dusty Baker in game one of the ALCS. Valdez started the season on the injured list with a broken finger but bounced back with a vengeance after not needing surgery. 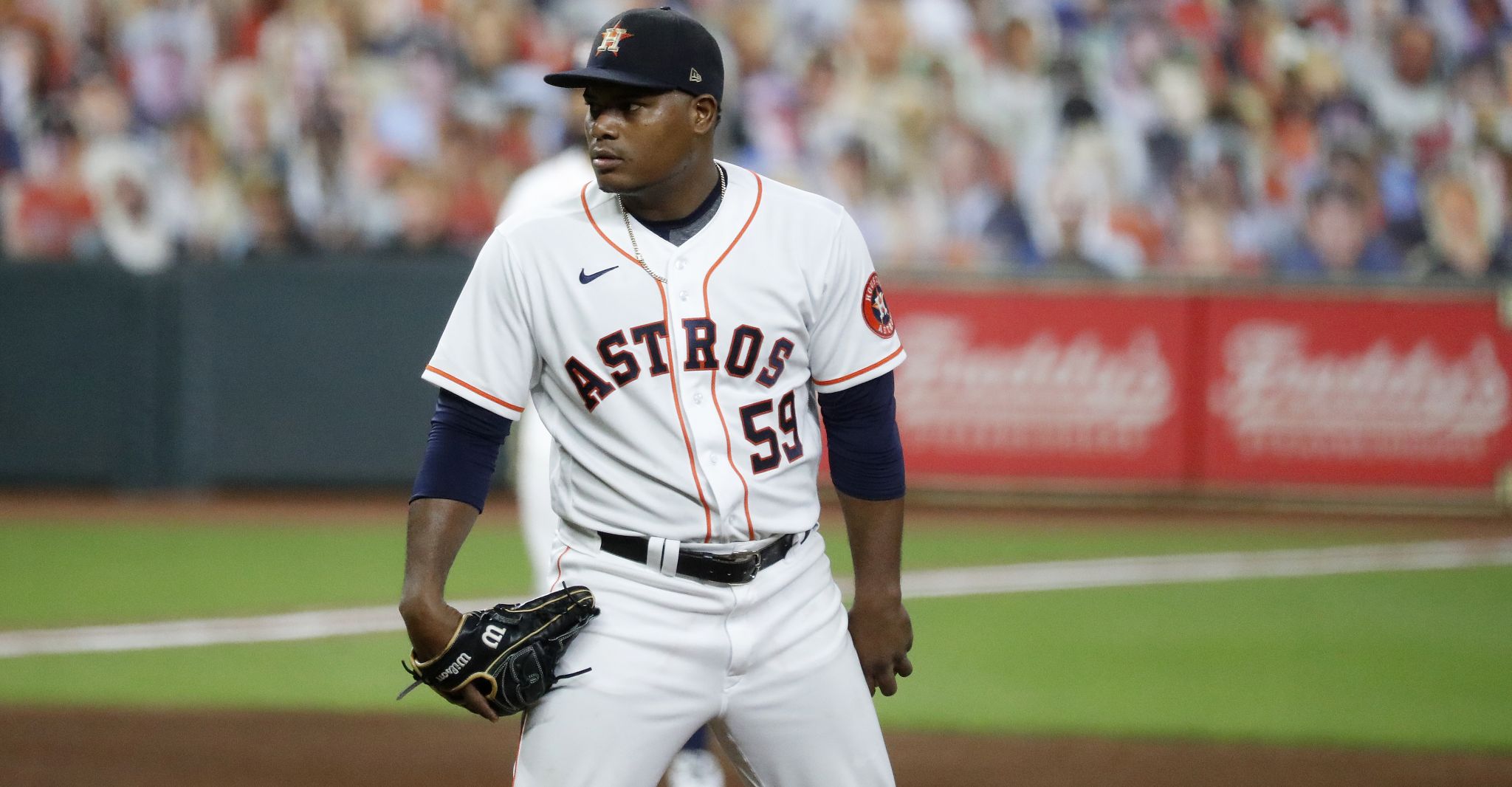 He is 11-6 in 2021 with a 3.14 ERA and started in game three of the ALDS for his club. The lefthander has been terrific this season, thanks to his epic curveball. In 134.2 innings, Valdez recorded 125 strikeouts after missing the first two months of the season.

Once he returned, he did not seem to miss a beat on the bump.

If the Red Sox want to start the series off with a win, they must hit the ball to keep up with the Astros. The offense has come alive at the best possible time, but the streaky nature of the team is a concern. Boston has hit for power and been a tremendous situational offense throughout the postseason.

With the lefthander Valdez starting, Dalbec will likely receive the start at first base. This would move Schwarber to the outfield and deploy Verdugo as a late-game weapon off the bench. 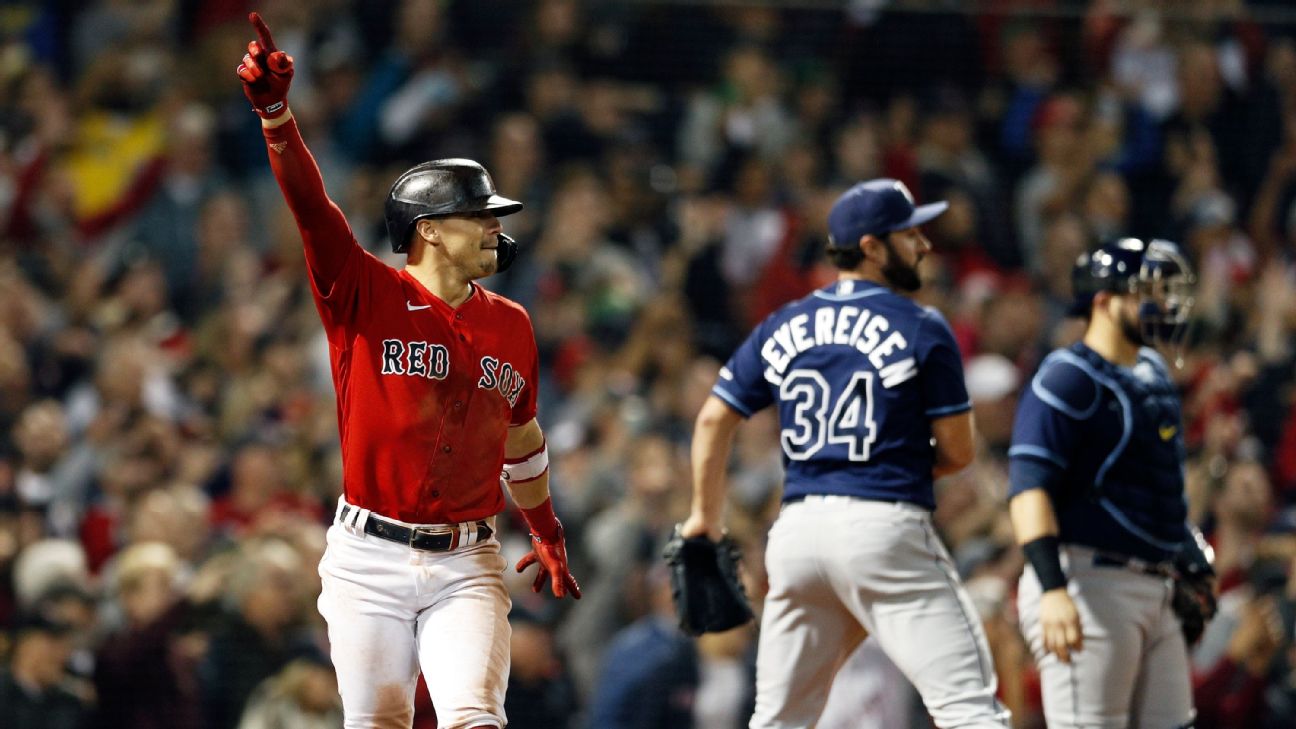 The Astros have one of the best offenses in MLB, averaging 7.8 runs per game. There is no part of the lineup that’s easy to neutralize, making things very difficult for Boston’s pitching staff.

There is no batter in Houston’s lineup that can be overlooked. Eovaldi has one start against Houston in 2021, and he gave up 11 hits and five runs over 5.2 innings. I guarantee the pitcher has been studying this tape since Houston closed out the White Sox in the ALDS.

There is more room for error in the ALCS than ALDS. However, game one is a must-win for the Boston Red Sox with Eovaldi on the hill. He has been the one wing that has not wavered for the team in the postseason.

The Astros expected to be in the ALCS, but Boston was a borderline playoff team at the beginning of the year. I think the Red Sox make a game one statement behind Eovaldi on Friday to take a 1-0 series lead.

The Red Sox are Still in Great Shape for October

Sound the alarms! The Yankees have swept the Red Sox, and the Wild Card no longer runs through Boston. The team is done, and their playoff dreams are dead. […]

28 Innings of Playoff Baseball in Chicago

The Red Sox traveled to Chicago for a three-game series over the weekend which consisted of 28 innings of playoff baseball. […]