Fenway Park is a special place in October, and this has been apparent throughout the 2021 postseason. The Boston Red Sox are 3-0 at home in this year’s playoffs, with the Astros coming to town for three ALCS games beginning on Monday.

The series could end in Boston after the teams split the first two games in Houston. The magic number for the Red Sox and Astros is three after the split, making it a best-of-five series.

Eduardo Rodriguez will take the ball for Boston against Jose Urquidy of Houston. The first pitch from Fenway Park is scheduled for 8:08 PM ET.

Houston’s pitching has been stretched thin because of starter injuries. This has forced the bullpen to get a lot of outs through the first two games of the series. Lance McCullers Jr. was left off the ALCS roster with forearm tightness, and Luis Garcia left game two with an injury.

Jake Odorizzi, who was scheduled to start game four, relieved Garcia in game two, eliminating his chance of starting on Tuesday. After Urquidy, the rotation becomes very thin, and Boston’s offense has a great chance of exploiting the staff if they stay hot at the plate.

Urquidy is 8-3 on the season with a 3.62 ERA and 90 strikeouts. His WHIP is 0.99, meaning he is allowing just under one base runner per inning. Rodriguez has not been superior to Urquidy in 2021, but he was fantastic in his start against Tampa Bay in the ALDS.

Rodriguez went five innings and gave up two runs on three hits at Fenway Park in Boston’s 13 inning win over the Rays. If Rodriguez can duplicate this effort in game three, the Red Sox will be in fantastic shape in game three.

Enrique Hernandez has been the story of the 2021 postseason. There are many great hitters in this series, but Hernandez is the hottest offensive player in baseball. Since game two against the Rays, Hernandez has 15 hits, five of which have left the yard.

His offensive production has come in critical moments for Boston. Houston must slow down the 30-year-old to take the momentum out of Fenway Park. Hernandez has been the catalyst for Boston’s offensive success, so his production is necessary with the series coming back to Boston.

The offense has started with Hernandez, but multiple players have contributed throughout the playoffs. In game two, Boston made a statement with two grand slams. In the first inning, J.D. Martinez blasted the first homer, and Rafael Devers cleared the bases in the second frame.

Boston became the only team in MLB history to hit two grand slams in a single playoff game. It was an impressive feat for the Red Sox and one that likely will not happen again for a long time. 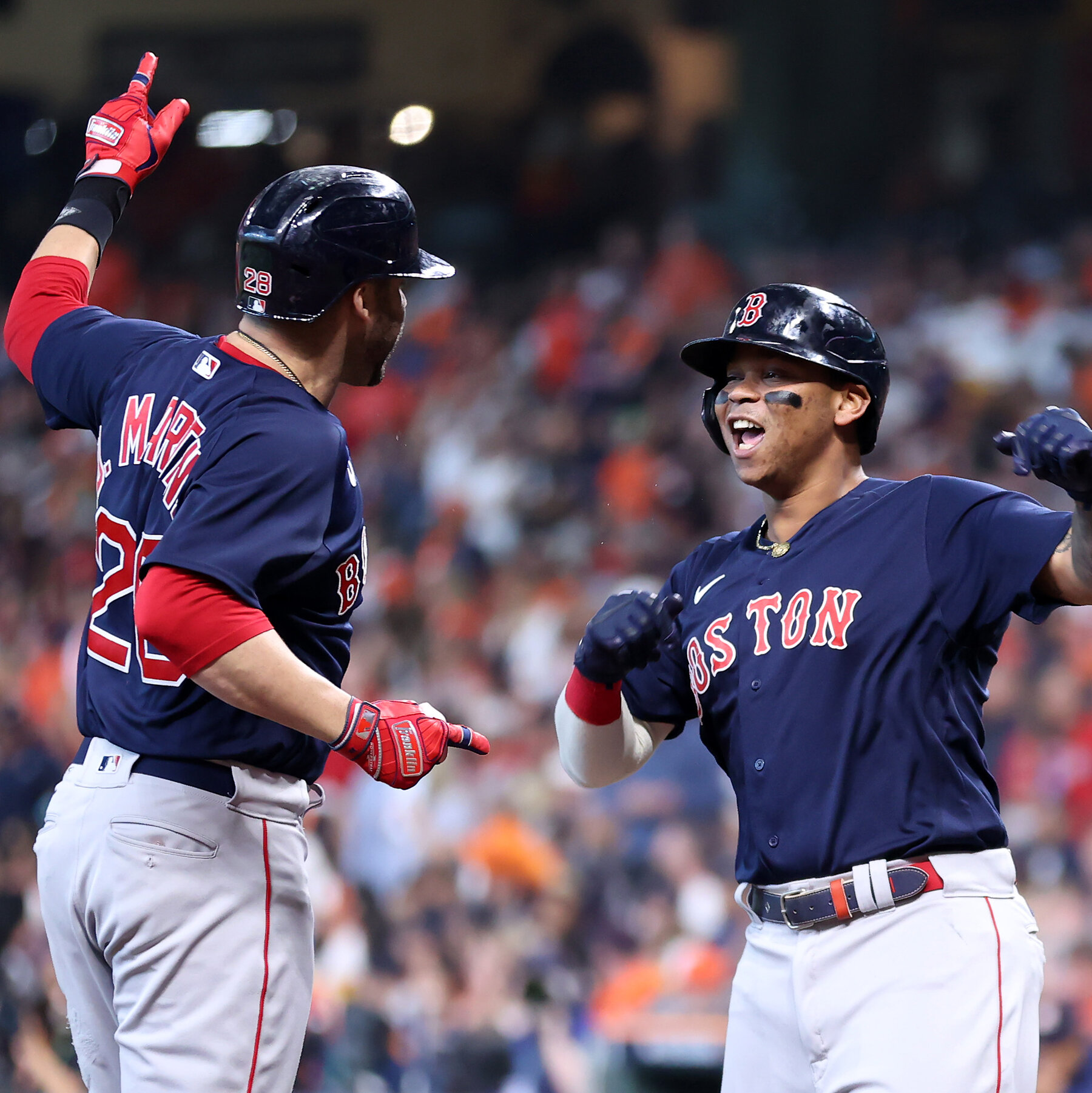 Boston is poised for success in game three because of the crowd at Fenway Park. If they can knock Urquidy out of the game early and force Dusty Baker to go to the bullpen early, it will be a victorious night for the Red Sox.